Home » Latest » Magistrate, others at Funke Akindele’s trial should be prosecuted for flouting order on covid-19 —Fani-Kayode 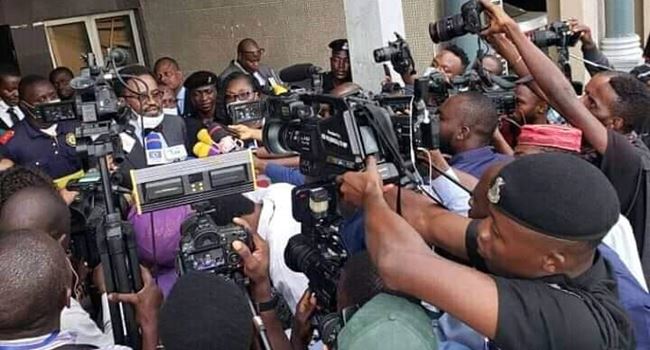 A former Aviation Minister, Femi Fani-Kayode has faulted the sentencing of Funke Akindele and her husband, AbdulRasheed Bello, for flouting order to curtail COVID-19 in Lagos.

He said since the court was crowded during the prosecution of the couple, that all those at the trial, including the magistrate, who presided over the matter, should also be tried.

The popular Nollywood actress and her husband were on Monday prosecuted and sentenced to 14 days community service and N100,000 fine each after they pleaded guilty to the accusation levelled against them before a Lagos Magistrate Court.

They were said to have organised a birthday party amid the coronavirus lockdown and social distancing order.

But responding to the development in a tweet on his Twitter handle-@realFFK, Fani-Kayode frowned at the ruling of the magistrate court.

He argued that the trial and sentencing was overbearing and not necessary.

According to the former minister, a warning by the court should have been enough and not the sentence handed to the couple, who even tendered a public apology for their action.

“The prosecution and conviction of Funke Akindele was overbearing and unnecessary. A warning would have been enough. This is especially so after she publicly expressed remorse. The court was crowded. Why don’t they prosecute those that were there as well, including the Magistrate?