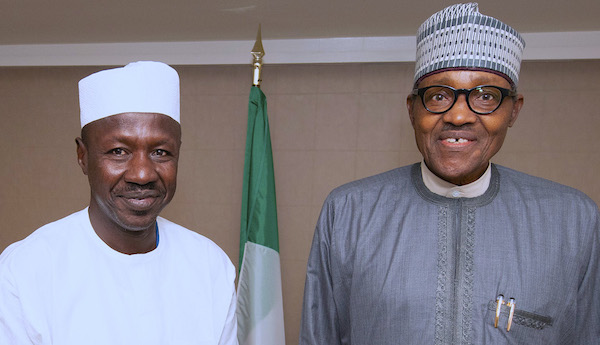 The presidential panel of inquiry probing the suspended acting chairman of the Economic and Financial Crimes Commission (EFCC), Ibrahim Magu, for alleged graft is expected to submit its report to President Muhammadu Buhari next Monday.

The panel headed by a former President of the Appeal Court, Justice Ayo Salami, was inaugurated on July 3 and has 45 days to submit its report to the president.

Magu was arrested on July 6 and questioned by the panel for alleged financial malfeasance.

He was grilled for allegedly re-looting assets recovered by the commission.

READ ALSO: Magu innocent of all allegations, his lawyer says

The panel also questioned the suspended EFCC chairman for allegedly failing to account for interest that accrued from the N550billion recovered funds.

In an authority instrument derived from the Tribunals of Inquiry Act (Cap T21, LFN, 2004), the president gave the panel five key terms of reference.

It was directed to conduct a holistic probe of the anti-graft czar and the finances of the EFCC from 2015 to 2020.

The panel was also mandated to investigate, verify and review the recommendations of the Presidential Committee on Audit of Recovered Assets as it relates to EFCC with a view to ascertaining the complicity or otherwise of Magu in the management of the assets recovered by the commission, among others.