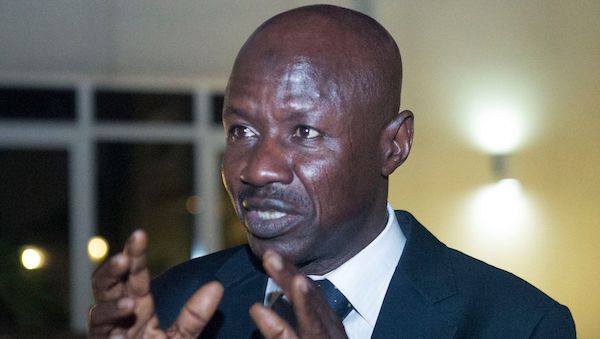 Ibrahim Magu on Wednesday told the Ayo Salami probe panel investigating him of corruption that he had never received a bribe in his life.

The suspended acting chairman of the Economic and Financial Crimes Commission (EFCC), therefore, said anyone who ever gave him a bribe and he received it should come out “publicly to confront him before the… panel”

Channels TV reports that Magu stated this in response to the allegations that he allowed a suspect, Hima Aboubakar, a Nigerien National to escape from justice.

Magu had on Monday opened his defence on his ‘Alleged abuse of office and mismanagement of Federal Government recovered assets and finances’.

He entered his defence with his lawyers, Wahab Shittu and Aliyu Lemu representing him on Monday and Tuesday.

On Wednesday, he was represented by Shittu and Tosin Ojaomo.