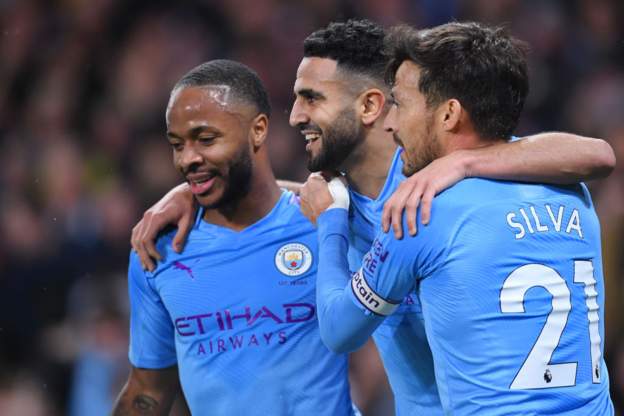 A goal by N’Golo Kante was enough as Premier League champions Manchester City came from behind to beat Chelsea at the Etihad Stadium on Saturday.

City could have added another gaol late on but a a unique effort by Raheem Sterling was ruled out for offside by the Video Assistant Referee (VAR).

Pep Guardiola’s City, who returned to winning ways, climb above Chelsea to third in the Premier League after the win. They are behind Leicester City, who saw off Brighton, and Liverpool, who defeated Crystal Palace, earlier on Saturday.

All the goals at Etihad were scored in the first half. But the second half saw Sergio Aguero hobble off and had to be replaced by Gabriel Jesus late in the game.

Man City sit nine points behind leaders Liverpool, who beat them 3-1 in the last game before the international break.