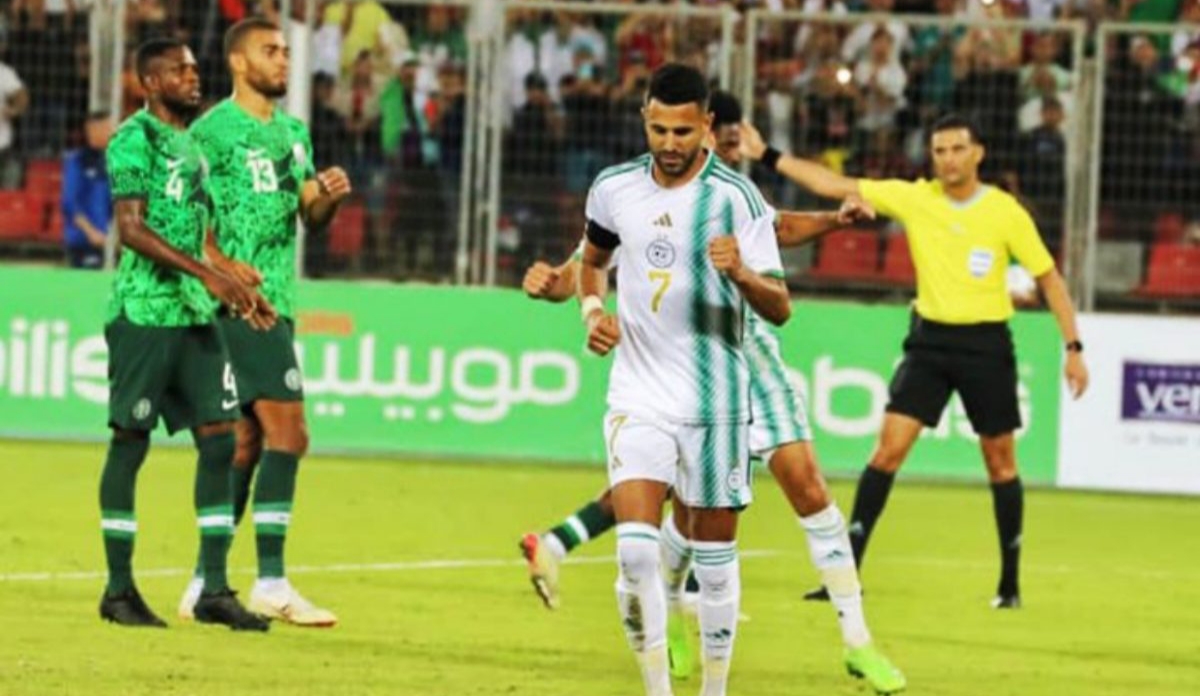 Manchester City forward Riyad Mahrez led an Algeria side that came from behind to beat the Super Eagles of Nigeria 2-1 in an international friendly in Oran on Tuesday night.

Early in the first half, Terem Moffi gave the Super Eagles the lead, but goals from Mahrez and Youcef Atal clinched the victory for the hosts.

As a result, Algeria have now defeated the Super Eagles in four straight meetings.

The Jose Peseiro-led Super Eagles had already been held to a 2-2 draw by the home-based team of the North Africans last Friday in Constantine.

In the Tuesday clash, the Eagles broke the deadlock on ninth minute as Moffi slotted into an empty net after Kelechi Iheanacho’s initial shot was blocked.

Mahrez drew Algeria level from the penalty spot on 41 minutes, after Frank Onyeka fouled Ramy Bensebaini who followed up on a rebound which came off the post.

Both sides kept seeking a winner until the 61st minute when Algeria went 2-1 up thanks to Atal sent in a long range strike which beat goalkeeper Francis Uzoho.