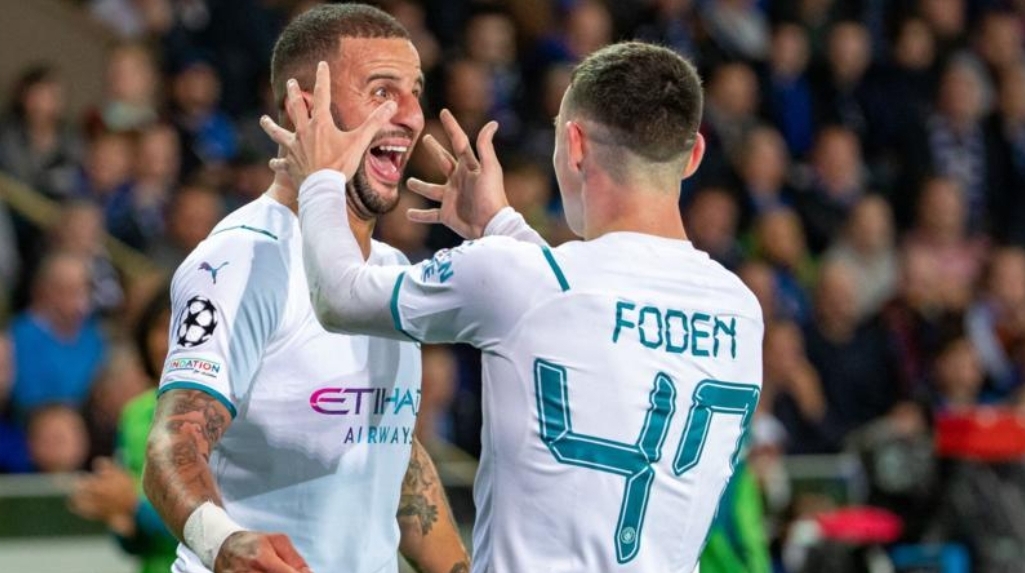 Mahrez scored from the spot in the 43rd minute to double the lead for City, who had gone ahead on the half hour mark through a Joao Cancelo opener.

The Algerian then scored the final goal in the 84th minute after Kyle Walker and Cole Palmer had added more goals for City followed by an 81st-minute consolation goal by Hans Vanaken for the hosts.

With the 5-1 victory, the Pep Guardiola side bounced back from their 2-0 loss to Paris Saint-Germain to now top group A with two wins from three matches.

The other game of the group between PSG and RB Leipzig holds later on Tuesday night, with the French side to return to the top of they win.

The other Champions League game played concurrently was between Group C’s Besiktas and Sporting, with the later carrying the day following a 4-1 victory over their hosts.