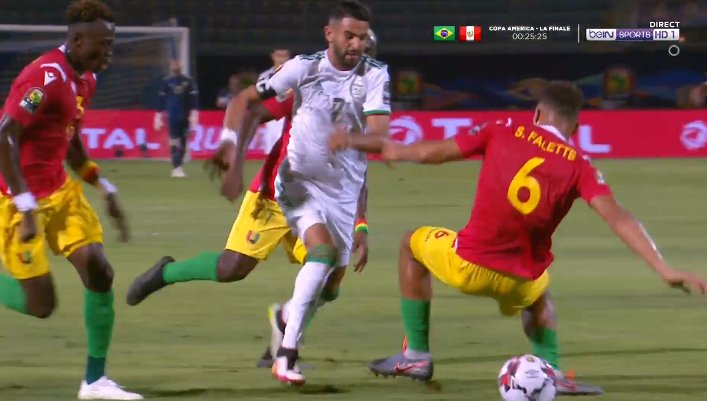 Manchester City forward, Riyad Mahrez was on target for Algeria, who thrashed Guinea 3-0 in their last-16 clash at the Africa Cup of Nations (AFCON).

The winger, who struck a wonderful effort just before the hour mark in Cairo, doubled the lead after Youcef Belaïli had opened scoring in the first half.

Algeria sealed the game in the 82nd minute when substitute Adam Ounas added a third.

With the victory, Algeria have secured a spot in the quarter-finals of the tournament in Egypt.

The Barea of Madagascar had earlier on Sunday sensationally sealed their place in the quarter finals of the competition. 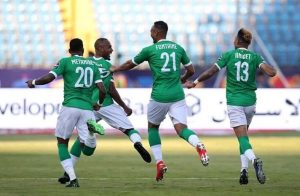 The Island country secured a 4-2 win over DR Congo on penalties after the 120 minutes of play ended 2-2.

Madagascar scored all their spot kicks with perfection while the DR Congo missed two, with Everton winger Yannick Bolasie’s attempt going over the bar.

Algeria will face either Mali or the Ivory Coast in the last eight next Thursday after the pair play their last-16 clash on Monday.

For Madagascar, they face either Ghana or Tunisia, who are also playing each other on Monday.