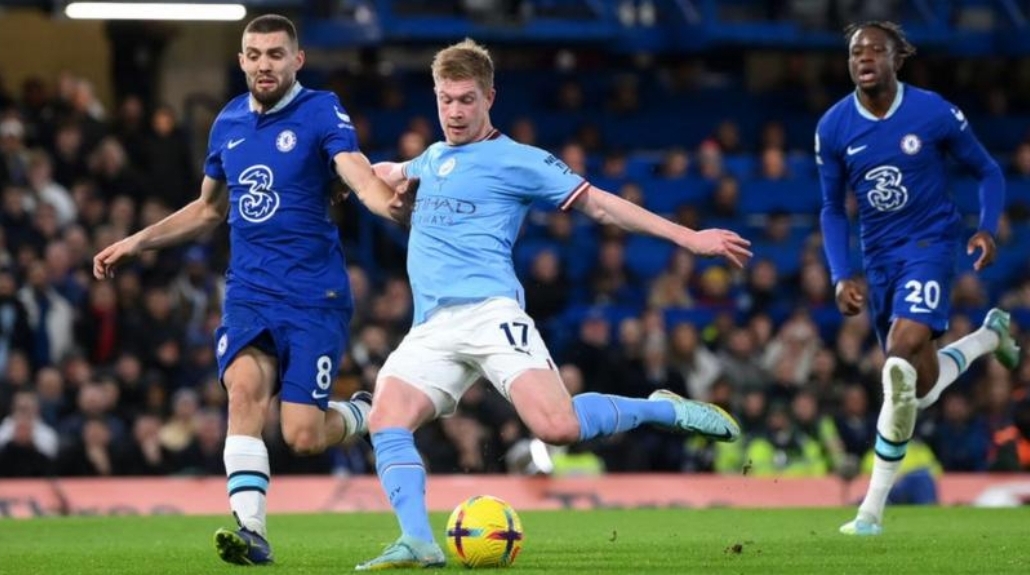 Riyad Mahrez scored the only goal of the game as Manchester City defeated Chelsea in a Premier League encounter at Stamford Bridge on Thursday night.

The Algerian forward netted the decider in the 63rd minute and helped City hold on to seal the victory.

With the win, the Pep Guardiola side closed the gap on league leaders Arsenal to five points as the Gunners had failed to win in their last game against Newcastle United.

Mahrez’s goal was his second in the Premier League this season. It came when he turned in Jack Grealish’s low cross at the far post.

Chelsea enjoyed the better of the first half despite adding both former City forward Raheem Sterling and Christian Pulisic to a lengthening injury list.

Defeat leaves the Blues in the unaccustomed position of 10th as they sit 10 points off the Champions League places.