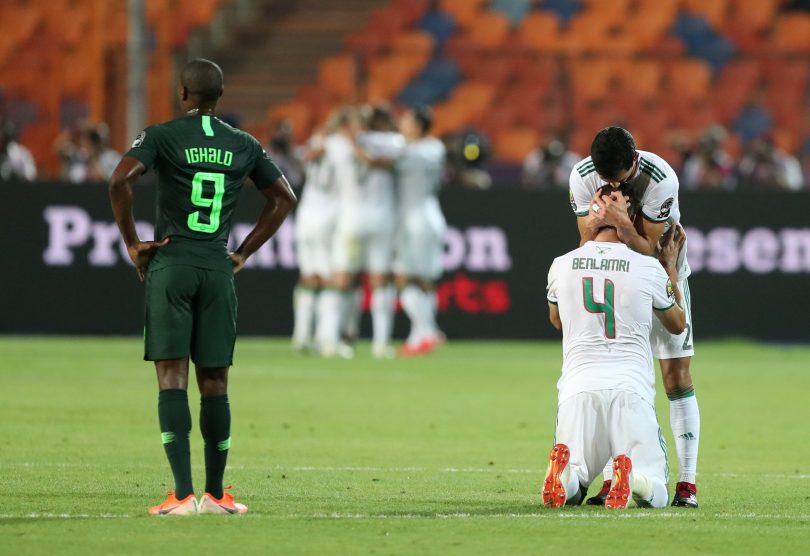 Algeria have reached the final of the 2019 Africa Cup of Nations (AFCON) after beating Nigeria’s Super Eagles 2-1 in the semifinal on Sunday.

Riyad Mahrez was the winner of the match as his last-gasp goal through a well-taken free kick sent his team to their first final in 29 years.

The North Africans last reached the final of the competition in 1990 when they hosted and won it.

The Super Eagles went behind five minutes to halftime when defender Williams Troost-Ekong deflected a cross from Mahrez into his own net.

Nigeria kept up the pressure as they sought an equaliser in the second half, also forcing Algeria to miss several chances to double their lead.

The equaliser came in the 72nd minute from the penalty spot as Odion Ighalo benefited from a VAR-awarded penalty after Aissa Mandi’s handball in the box. 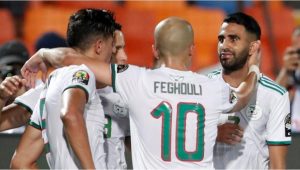 Algeria will now face the Terenga Lions of Senegal in the final.

Senegal had beaten Tunisia 1-0 in the other semifinal earlier on Sunday, thanks to an own goal in the 100th minute.

Senegal are reaching the final of the competition for a second time, and are seeking their first ever Nations Cup title.

The final will be played on Friday, while Nigeria and Tunisia will play for the Bronze medal on Wednesday.