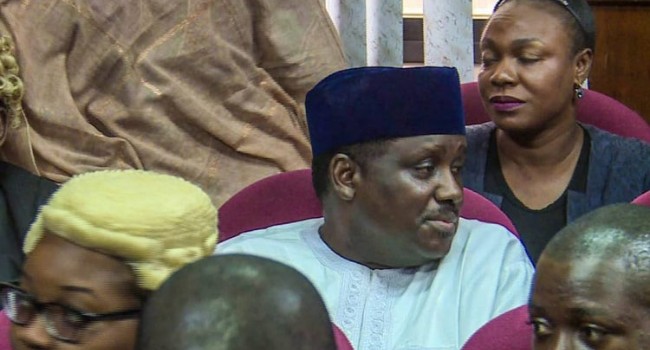 Incoming reports say security in and around the court premises has been beefed up by several security operatives.

The tight security around the court may not be unconnected to reports that an attempt had been made to ferry the former pension boss from EFCC’s custody.

It was gathered, seven EFCC operatives had been arrested, and are undergoing probe over the alleged plot to ferry Maina from custody.

The operatives are said to be undergoing investigation along with a woman, Zainab Abbas, to determine their involvement in the plot.

The anti-graft agency is probing him for alleged N2.1 billion fraud.

Twenty three properties said to belong to Maina, were temporarily handed over to the federal government, by a Federal High Court in Abuja , presided over by Justice Folashade Ogunbanjo, sequel to a motion filed by the EFCC.