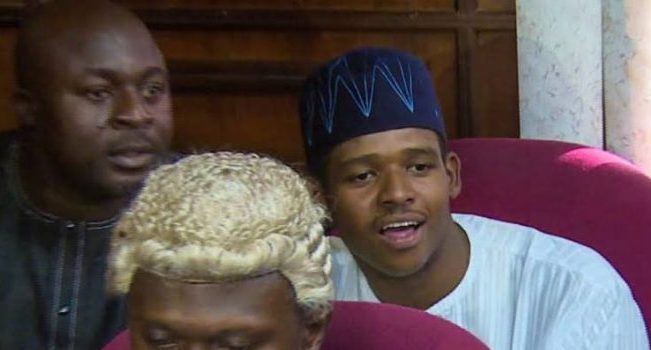 Faisal Maina, the son of the embattled former chairman of the Pension Reforms Task Team, Abdulrasheed Maina, has been reminded in police custody.

The Economic and Financial Crimes Commission (EFCC) had on Friday arraigned Faisal before a Federal High Court, Abuja.

The anti-graft agency levelled three-count charges bordering on receiving of money known to be from unlawful proceeds under a fictitious name against him.

He had pleaded not guilty when his alleged offence was read out to him.

But Justice Okon Abang ordered the EFCC to keep him in police custody pending the determination of the case.

The judge thereafter, adjourned the matter until November 6, for trial.

According to Justice Abang, Faisal should be remanded at the Police Tactical Squad, Asokoro.

The judge said that Faisal’s trial would be from day to day and that the court would not grant any frivolous application during the trial.

The judge had in an earlier ruling same day, remanded Faisal’s father, Maina, who is also being prosecuted by the EFCC, in prison.