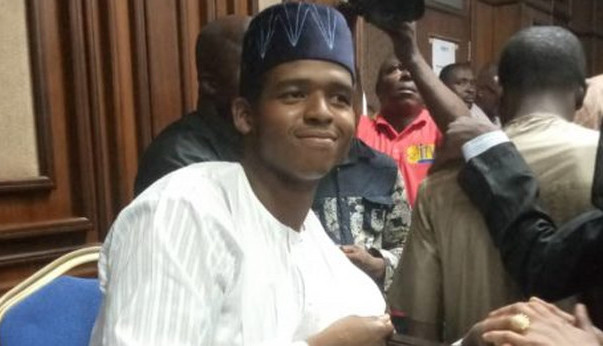 Goji, who is a second prosecution witness in the ongoing trial of Maina’s son for alleged fraud, is a Principal Detective Superintendent with the EFCC.

Goji is also a member of the EFCC team that investigated the fraud allegedly perpetrated by Maina and he made the revelation while giving evidence when the case resumed on Monday.

He said: “From Exhibit B, there were a number of withdrawals by the defendant (Faisal).

He told the court that the defendant was a co-signatory to Alhaji Faisal Abdullahi Farm.

“Exhibit A2 has the defendant’s driver license, and Exhibit A6 has his name and personal signature,” the witness added.

Goji said though Alhaji Abdullahi Faisal Farm is a registered business name, “the proprietor is Alhaji Abdulrasheed Maina and not the defendant.

“The C.A.C. registration of the business name of Exhibit A9 and A10 has Abdulrasheed Abdullahi as the proprietor,” he said.

He also listed some companies in which Faisal was said to be a shareholder.

“From Exhibit D81, in Cruise City Limited, the defendant (Faisal) is a shareholder with the name Faisal Abdullahi and has 500, 000 ordinary shares.

“In Exhibit D83, the defendant appears as Faisal Abdulrasheed Abdullahi with 600, 000 ordinary share.

“In Exhibit D85, the defendant’s name appears as Faisal Abdurasheed Maina as a director with 400, 000 shares.

“In Exhibit D84, the defendant is not a proprietor of the business name,” he concluded.