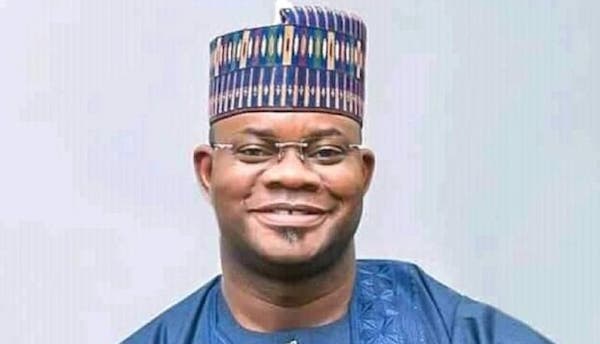 The Kogi State government on Sunday dared the Economic and Financial Crimes Commission (EFCC) to make public, the report of its investigations on the purported misappropriation of the N20 billion bailout secured from the Central Bank of Nigeria (CBN).

The commission in August alleged that the loan which was domiciled in Sterling Bank had been partly misappropriated.

The loan was meant to augment the payment of workers’ salaries and the running costs of the government.

The Federal High Court, Lagos, on August 31 blocked the Kogi State government’s account in the bank.

Justice Tijjani Ringim granted the order following an ex parte application brought by EFCC pending the conclusion of the investigation or possible prosecution of the state government on the matter.

However, the commission withdrew the suit, seeking the forfeiture of the N20 billion bailout fund on Friday.

He said despite the withdrawal, the commission should be able to provide facts of its investigations.

The commissioner also urged Nigerians to ask the EFCC in whose custody it found a part of the bailout fund said to have been dissipated.

Fanwo insisted that the alleged sum of N19.3 billion which Sterling Bank had undertaken with the EFCC to transfer to the CBN, does not belong to the Kogi government.

According to him, the state did not enter into any agreement either with Sterling Bank or the EFCC, to return any bailout fund to the CBN as claimed by the commission.

Fanwo said: “It is our belief that the withdrawal of the suit by the EFCC without informing the court of the facts, is a deliberate and face-saving effort by the commission, all in a bid to ‘nail’ at all cost, the Kogi government and tarnish its image.

“Nigerians should further ask the EFCC whether a commercial bank can simply undertake to transfer a customer’s money from the customers’ account without the order of any court mandating such transfer or a forfeiture?

“Nigerians also deserve to know what becomes of the criminal allegation that the EFCC made when it informed the Federal High Court that the sum of N666,666,666.64 out of the N20 billion bailout loan had been dissipated and that same was being traced.

“Nigerians will want to know if the EFCC has found the money, if so, in whose custody was it found? Have charges been preferred against the custodian of the said funds. Or has the EFCC also abandoned that chase? Nigerians deserve to know the truth.

“We have as of October 2019, fully disbursed our bailout funds and are already religiously repaying the loan to Sterling Bank Plc.”

Related Topics:EFCCkogiN20bn bailout public
Up Next