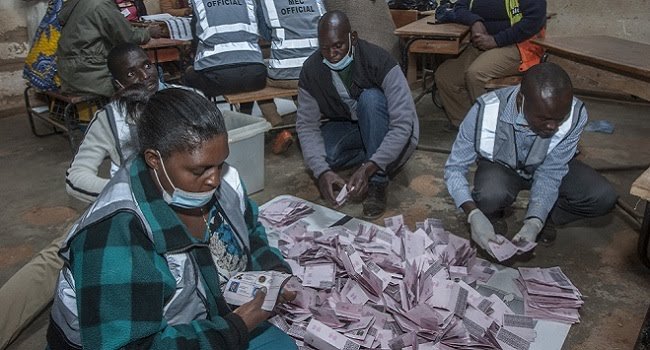 The Electoral Commission in Malawi has warned against the release of unofficial results of the presidential rerun between President Peter Mutharika and his challenger Lazarus Chakwera, a former cleric.

The commission which has about a week to announce the results of the presidential rerun said that it had only received results from eight out of 5,008 polling centres by Wednesday.

Malawians have been watching their TV screens, listening to radios, and checking social media with anticipation as vote counting and tallying continues following the re-run of the presidential election.

Reports say the re-run election on Tuesday was largely peaceful, although President Mutharika of the Democratic Progressive Party (DPP), who wants a second term, accused the opposition of acts of violence in its strongholds in the centre of the country.

Early signs reveal that the incumbent is facing a strong challenge from an opposition coalition led by Lazarus Chakwera who heads up the opposition Malawi Congress Party (MCP).