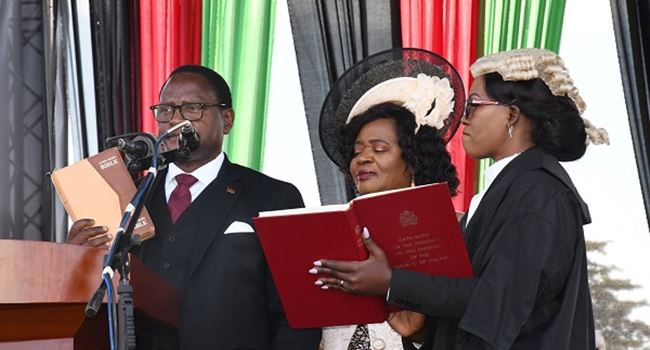 Malawi’s opposition leader, Lazarus Chakwera has emerged as the new president of the country after defeating the incumbent, Peter Mutharika.

Chakwera emerged the winner of Tuesday’s presidential rerun after securing 58% of the votes cast during the election.

After his victory, Chakwera told the BBC that his win in the rerun election was a “victory for democracy and justice”.

“I do feel like Lazarus, I’ve come back from the dead,” Mr Chakwera said, referring to the biblical character of the same name.

Speaking further, Chakwera said that those who did not support him had nothing to fear.

“There’s no cause for fear because I will be your president and my policy for inclusivity means we are building a new Malawi for all of us,” Mr Chakwera told the BBC Newshour programme on Sunday.

Chakwera also dismissed allegations by Mutharika that the poll was marred by violence and irregularities, saying his predecessor was “misled by rumours”.

However, he said he would not stand in the way of Mr Mutharika should he want to challenge the election.