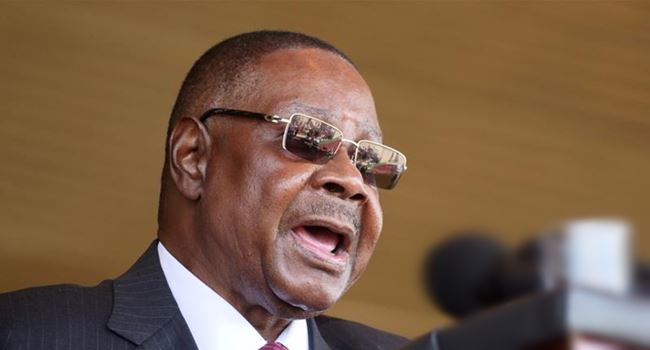 The incumbent President of Malawi, Peter Mutharika is refusing to concede defeat despite unofficially trailing behind his main rival Lazarus Chakwera from Tuesday’s re-run of the presidential election.

Results from all 28 districts, signed off by officials and party representatives at district level shows that President Mutharika is lagging behind Chakwera of the main opposition Malawi Congress Party.

However, Mutharika says there’s no winner or loser, and has refused to concede defeat.

His running mate, Atupele Muluzi, who spoke on behalf of his boss on Friday said that he had been sent by Mutharika to address the media, stating that the president is appealing to all his supporters to disregard reports that say he has lost the elections.

According to Muluzi; “they must wait for the MEC’s official announcement of the presidential re-run.

The electoral commission had earlier warned against the release of unofficial results of the presidential rerun between President Mutharika and his challenger Chakwera, a former cleric.