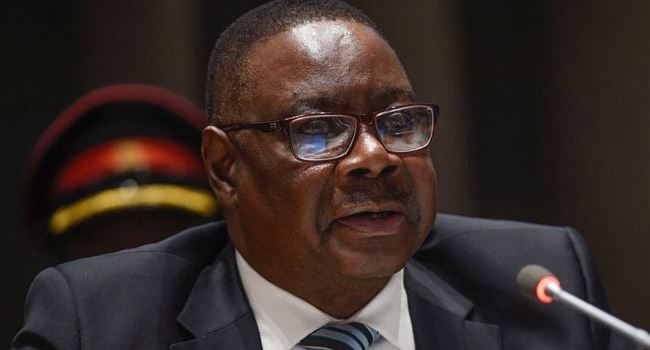 The President of Malawi, Peter Mutharika has described the move by a constitutional court to annul the May 21, 2019, presidential election results which returned him to power as ‘death of democracy’.

Speaking for the first time after the results were annulled on Monday, President Mutharika in a statement issued on Wednesday ordered a rerun of the election within 150 days.

He attacked the decision by the judges as the beginning of the “death of Malawi’s democracy”.

Mr Mutharika also used the opportunity to thank opposition leaders for bringing their grievances to court, underlining that only a democratic state would allow such a move as he sought to recover ground from his opponents, who have claimed the judgement as a triumph of democracy.

The results had triggered strong controversies and political unrests in the last eight months and opposition party members – Saulos Chilima (UTM) and Lazarus Chakwera (MCP) -who had suspected foul play by Malawi Electoral Commission (MEC) took to the court to question the verdict.

The presiding judge, Ivy Kamanga, along with five other judges in a 10- hour court session, ruled out cases of forged signatures and bribery of presiding officers for lack of substantial evidence.