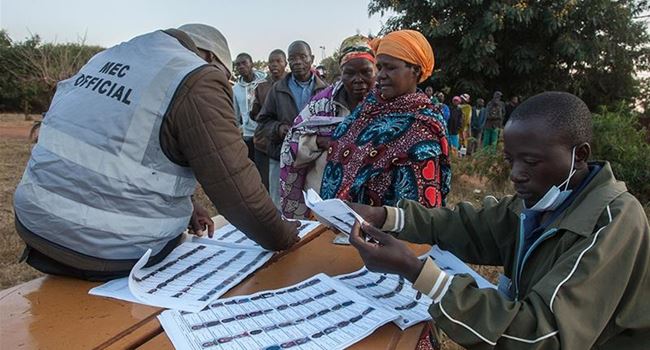 Vote counting in Malawi has started following a re-run of last year’s election between incumbent President Peter Mutharika and his challenger Lazarus Chakwera, a former cleric.

Reports say the re-run election on Tuesday was largely peaceful, although President Mutharika of the Democratic Progressive Party (DPP), who wants a second term, accused the opposition of acts of violence in its strongholds in the centre of the country.

Early signs reveal that the incumbent is facing a strong challenge from an opposition coalition led by Lazarus Chakwera who heads up the opposition Malawi Congress Party (MCP).

Further reports also reveal that the election results may not be declared for several days.

The new vote comes at a time of growing tension between the government and the country’s courts.

There have also been concerns over the logistics and safety of carrying out an election in the midst of the worldwide COVID-19 pandemic.