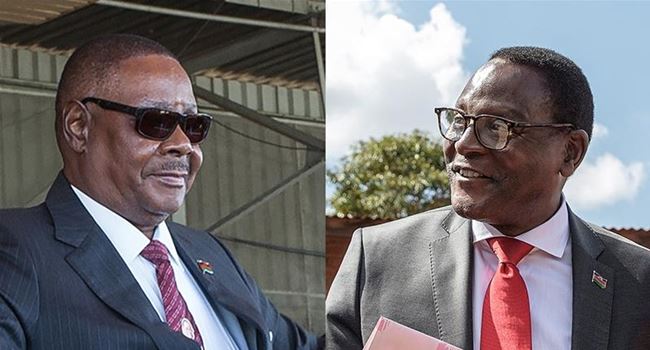 Scores of expectant Malawians will file out in their numbers on Tuesday for a rerun of the presidential election five months after the constitutional court annulled the results of a disputed vote.

With a slim victory of 38.5%, the incumbent President Peter Mutharika had initially been declared the winner of the May 2019 election but the opposition leaders challenged the results in court citing massive irregularities.

The face-off was later settled in court when Judges agreed with the opposition leaders led by the incumbent’s challenger, Lazarus Chakwera, and nullified the results in February and ordered a repeat of the election.

Tuesday’s repeat polls between Mutharika and Chakwera will now offer the country the opportunity have to heal the deep divisions in Malawi and end the vicious cycle of violence witnessed over the past year.

Close watchers also say that whoever wins the race, will have to tackle corruption, poverty reduction and unemployment are also other key electoral issues as Malawians hope their voice will be heard and that Tuesday’s election will in some ways mark the turning point for the country.