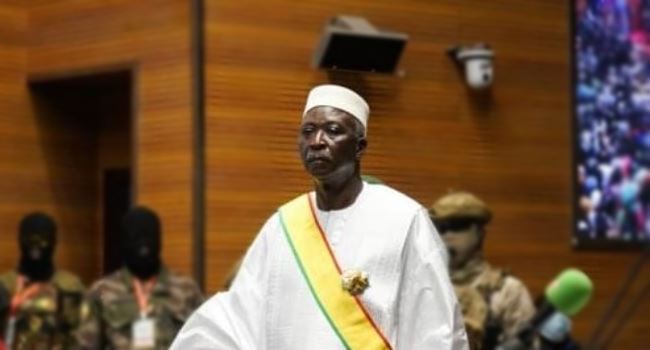 Mali’s interim president, Bah N’Daou has vowed to hand over power within an agreed timeframe and honour international agreements, moments after he was sworn in into office.

In his speech, N’Daou who was chosen to head a transitional regime following last month’s coup, said he would strive for “a stable, calm and successful transition, in the agreed conditions and timeframe.”

According to a roadmap to civilian rule endorsed by the military junta which seized power on August 18, N’Daou will rule for a maximum of 18 months before staging elections.

“Mali has given me everything. I am happy to be its submissive slave, willing to do everything for it to return to full constitutional legality, with elected authorities, legitimative representatives,” he declared.

N’Daou, a former defence minister, was picked by the coup leader, Colonel Assimi Goita, to head a transitional government until elections are held while Col Goita will be his vice-president.

The new government is expected to be in office for a transition period of 18 months that will lead to an election.