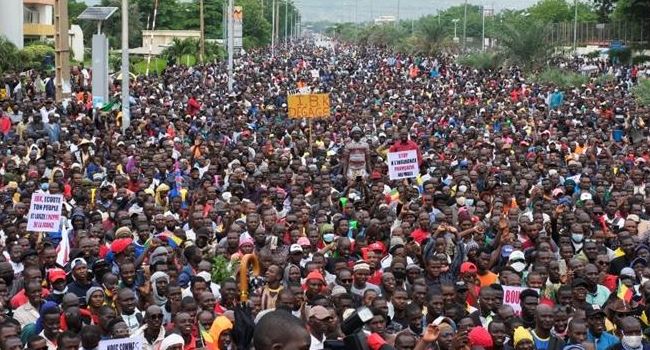 Scores of anti-government protesters who thronged the streets of Bamako in Mali, calling for the resignation of President Ibrahim Boubacar Keïta were met with heavily armed security forces who fired tear gas and live bullets at them.

The protests on Wednesday which however did not record any casualty turned rowdy as hundreds of protesters spent the night on the streets after staging anti-government demonstrations.

Reports say an alliance of opposition and religious leaders is spearheading the protests against economic decline, alleged government corruption and a long-running jihadist conflict.

This came weeks after a probe into an earlier violence that broke out during a mass anti-government protest in Bamako, was launched.

The probe was initiated by President Boubacar Keita who sought to determine the cause of the violence which claimed one life and left at least 20 people injured.

Keita, in a statement said that the scale of “human and material losses” remained unclear but that an investigation was under way.

Related Topics:MaliMali Security
Up Next