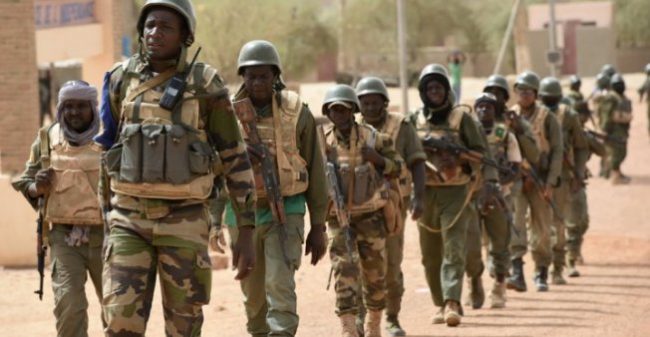 Three Malian soldiers have been killed after the vehicle they were traveling in hit a landmine.

The incident occurred in the restive central region, sources said on Thursday.

According to reports, the blast occurred on the road between Djoungani and Koro, near the frontier with Burkina Faso, a Malian military source said.

“There were three fatalities and four other soldiers were wounded,” the source said, adding that reinforcements had been sent to the area.

A local official, who confirmed the blast, described it as the work of terrorists, in obvious reference to radical Islamist insurgents.

Mali has been plagued by violence since 2012, when Tuareg separatists staged an uprising in the north, which was then exploited by jihadists to take over key cities in the region.

The militants were largely driven out in a French-led military operation in 2013.

But despite a 2015 peace agreement between the government, pro-government groups and former rebels, large stretches of Mali remain out of control.

Melania Trump considers herself the most bullied person in the world