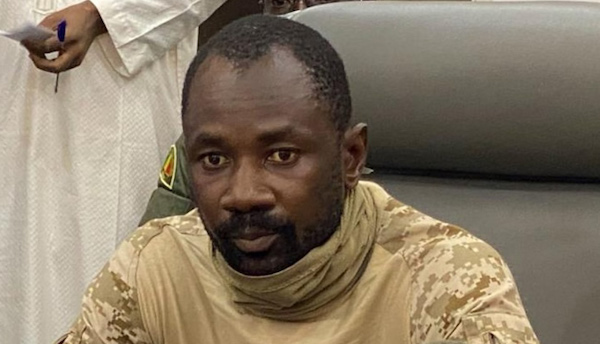 Head of the Malian military junta, Col. Assimi Goita, survived an assassination attempt at a mosque in the capital, Bamako on Tuesday.

The incident was the latest blow to stability in the landlocked West African country reeling from two military coups in less than a year.

Goita was named Mali’s transitional President in May.

Two assailants — one of whom was wielding a knife — attacked the army officer after prayers at the capital’s Grand Mosque for the Islamic festival of Eid al-Adha.

He was quickly whisked away by his security details.

Goita later appeared on the state broadcaster ORTM and said he said he was doing “very well” after the attack.

“That’s part of being a leader, there are always malcontents. There are people who at any time may want to try things to cause instability,” he said, wearing a blue hat and shiny blue gown.

Related Topics:Assimi Goita
Up Next