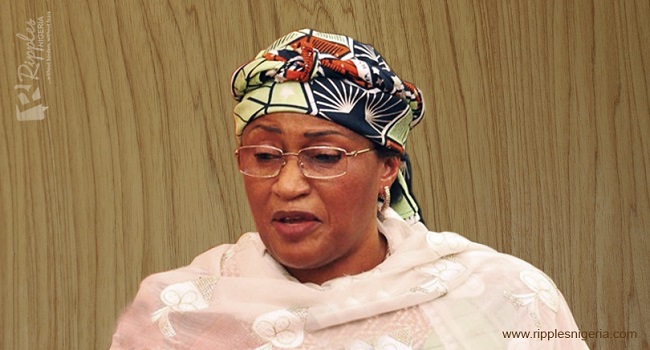 Senator Jummai Alhassan, a former minister of women affairs popularly known as Mama Taraba is set to undergo knee replacement surgery according to a post on her Twitter page.

The former minister while announcing the development on social media also asked that her followers keep her in their prayers so she undergoes a successful operation.

However, the message on her official Twitter page, @SenAishaAlhassn did not stated any particular place where ‘Maman Taraba’ would be undergoing the surgical operation.

“Ready for the theatre for a knee replacement surgery, pls pray for me. Allah Ya kaddara saduwanmu, Amin,” she wrote.

Recall that Mama Taraba had resigned her appointment as women affairs minister and also dumped the ruling All Progressives Congress (APC) in September 2018, explaining that she left the party and joined the United Democratic Party (UDP) because of the injustice meted out to her by the leadership of the APC.

After defecting, she picked the UDP nomination form to contest for the Taraba governorship seat but governorship election was however, won by the candidate of the Peoples Democratic Party, Darius Ishaku.

Imo doctors to down tools Thursday