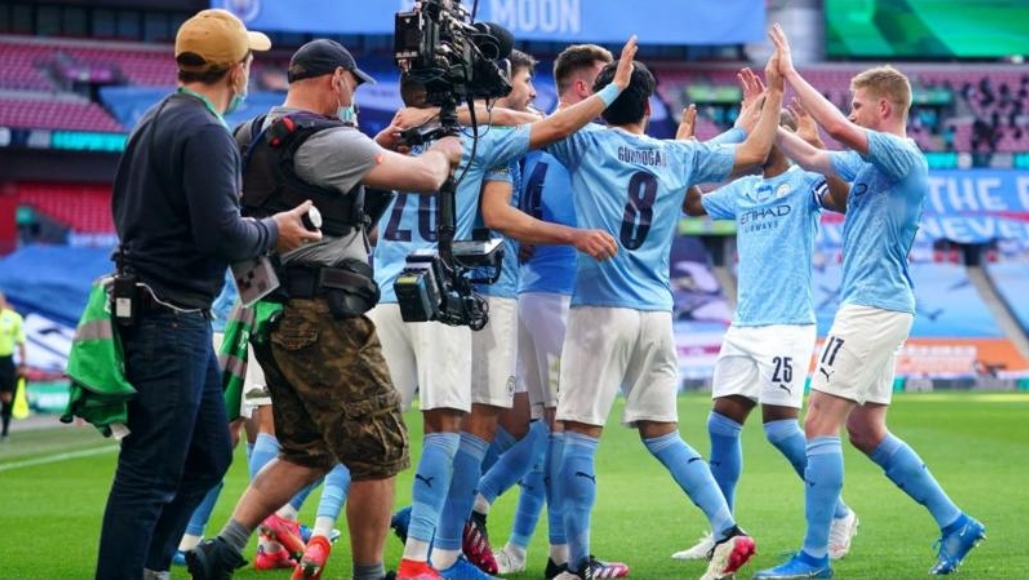 Manchester City have successfully defended the Carabao Cup title for the third consecutive time after beating Tottenham Hotspur in the final on Sunday.

In a Wembley stadium that had up to 8,000 fans, City, who are in the run for a treble this season, clinched a 1-0 victory over Spurs.

The Pep Guardiola team are within touching distance of regaining the Premier League title this season, and are also in the semifinals of the Champions League.

Spurs, who had sacked Jose Mourinho last Monday replacing him with Ryan Mason, did put up a disappointing performance in the final.

The London club blew a chance of ending their 13-year wait for a major trophy.