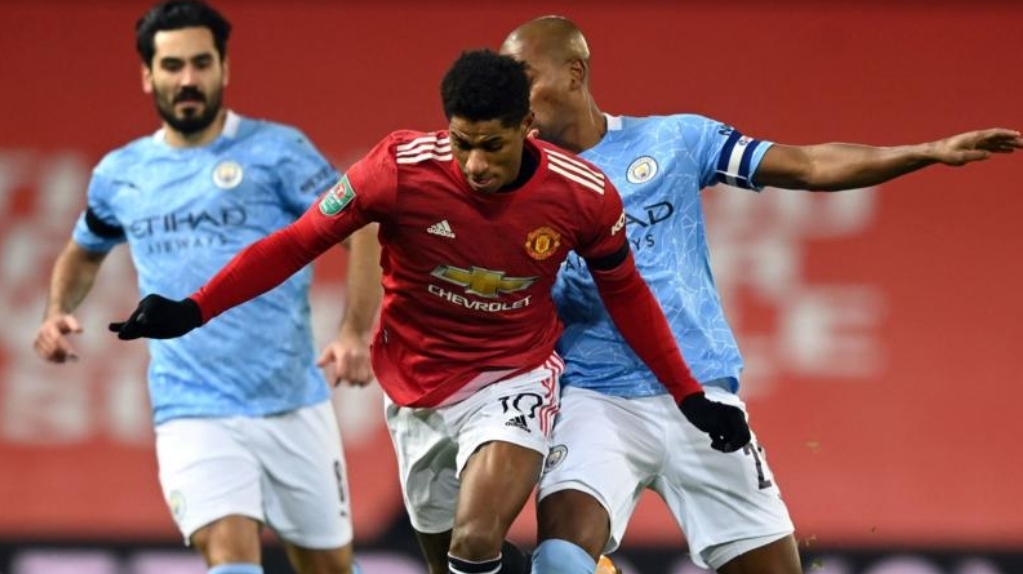 Manchester City have advanced to the final of the Carabao Cup after defeating city rivals, Manchester United in their semifinal clash at Old Trafford on Wednesday night.

The Red Devils, who last won the competition in 2017, were looking to reach their first competition final since the arrival of Ole Gunner Solskjaer.

But the blue side of Manchester were the better side as the Pep Guardiola team secured a 2-0 victory to scale through.

It was John Stones who poked home early in the second half to put City ahead, before Fernandinho fired a shot from just outside the box to seal victory.

As it stands, City are now only the second side to reach four consecutive League Cup finals, after Liverpool between 1981 and 1984.

They face Tottenham Hotspur in the April 25 final at Wembley. Spurs, who saw off Brentford to reach final on Tuesday, are seeking their first major trophy in 14 years.