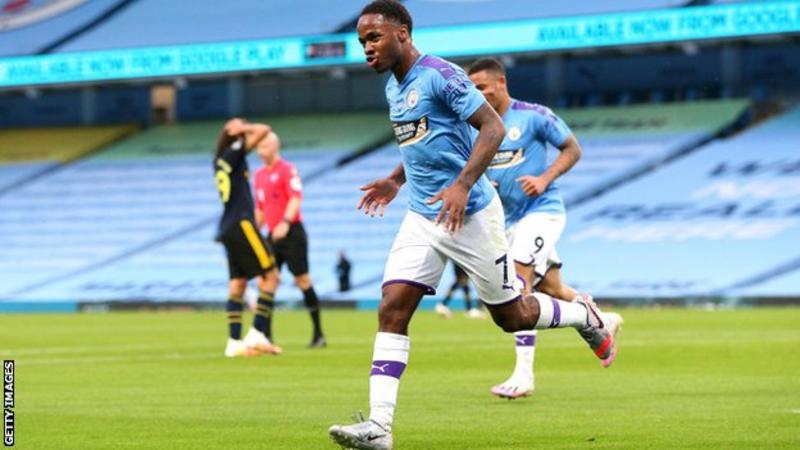 Manchester City thrashed Arsenal 3-0 at the Etihad Stadium on Wednesday night, as the English Premier League returned from a 100 days break.

Raheem Sterling opened the scoring just before the break following a mistake from Arsenal’s David Luiz, who was a first-half substitute.

Luiz was then shown a red card after he pulled back Riyad Mahrez in the second half, giving away a penalty, which converted by Kevin de Bruyne in the 51st minute.

The hosts got their third when substitute Phil Foden capitalised on a rebound from Sergio Aguero’s strike to score in added time.

Liverpool face Everton at the Goodison Park this weekend as topflight football returns fully in England.

The competition had been suspended since 13 March due to the coronavirus pandemic, but finally made its return on Wednesday.

Earlier in the day, Aston Villa played a goalless draw with Sheffield United, in a game marred with controversy following a goalline technology error.

In both games, all players and staff took a knee immediately before kick-off to support the movement for racial equality.

The words ‘Black Lives Matter’ replaced players’ names on the back of their shirts.