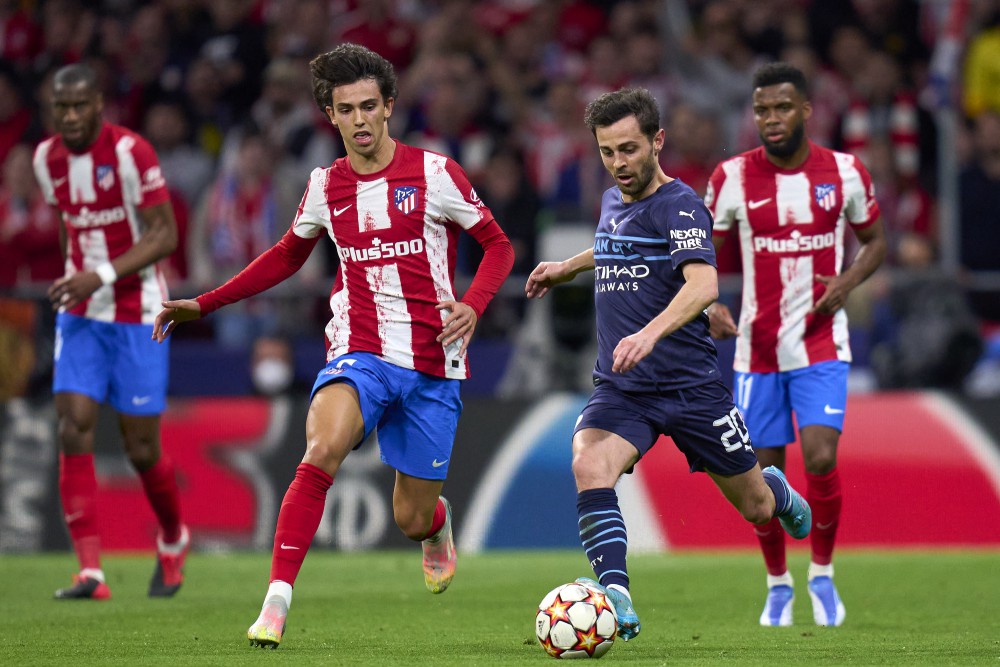 Manchester City played a goalless draw with Atletico in the second leg of their quarterfinal clash in the UEFA Champions League on Wednesday night.

Leading 1-0 from the first leg at the Etihad Stadium last week, Manchester City put up a fine display to keep Atletico off their net in a game that was an absolute mayhem.

Diego Simeone side were reduced to 10 men at the stroke of full time following a long delay from an altercation between both teams which resulted to the referee adding nine minutes.

It was defender Felipe who was shown a second yellow card for a dangerous follow-through on Phil Foden, having received his first for an arm that drew blood from the England international’s head.

An altercation between Manchester City players and Atletico Madrid’s

Pep Guardiola side will be returning to Madrid in the semifinal as their win successfully set up a Champions League last-four showdown with Real Madrid.

Meanwhile, Liverpool remain on course for a quadruple this season after they zoomed into the semifinals of the Champions League at the expense of Benfica.

The Reds were held to a 3-3 draw in the second leg of the last-eight tie at Anfield on Wednesday night.

The draw was enough to see Liverpool through as they already clinched a 3-1 victory over Benfica in the first leg of the tie in Portugal.

Jurgen Klopp’s side will now host Villarreal on 27 April before travelling to Spain for the second leg on 4 May, with hopes of reaching the final of the competition.

Super Eagles to face Mexico in World Cup friendly 28 May