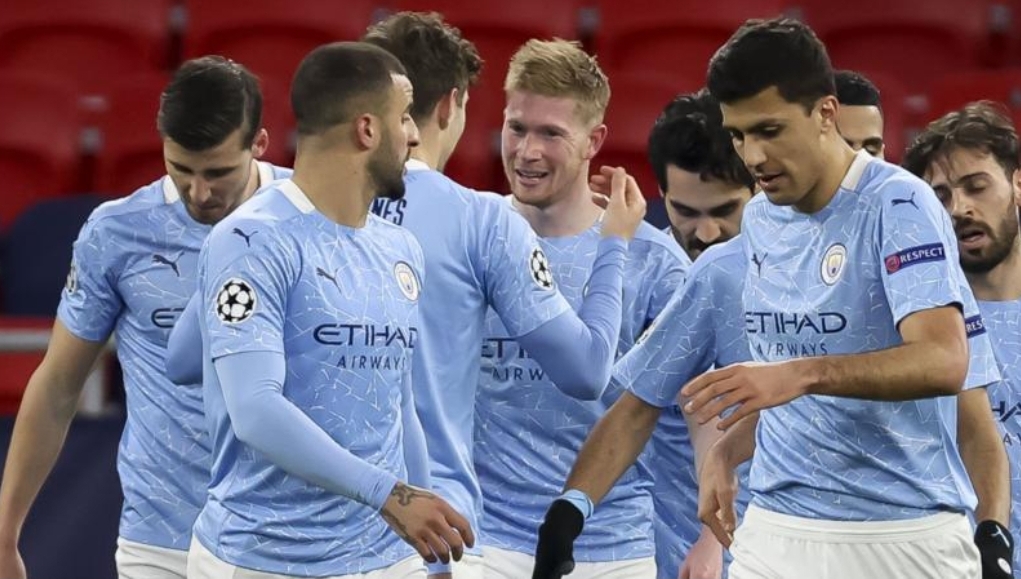 Manchester City have advanced to the quarterfinals of the UEFA Champions League after beating Borussia Monchengladbach 4-0 on aggregate in their last-16 tie.

The Premier League leaders, who won the first leg 2-0, put up another brilliant show at the Puskas Arena on Tuesday night and scored two early goals to seal the tie.

Kevin de Bruyne’s excellent 20-yard left-footed strike opened the scoring in the 12th minute before Ilkay Gundogan slotted in the second on 18 minutes.

City are into the Champions League quarter-finals for a fourth successive season.

Real, who won the first leg 1-0, are reaching the Champions League quarter-finals for the first time in three seasons.

Captain Sergio Ramos doubled the lead from the penalty spot after Vinicius Junior was brought down in the box by Rafael Toloi.

Atalanta fought to pull a goal back through Muriel’s marvellous in the 83rd minute but Marco Asensio wrapped it all up a minute after.

The draw for the quarterfinals will take place on Friday.