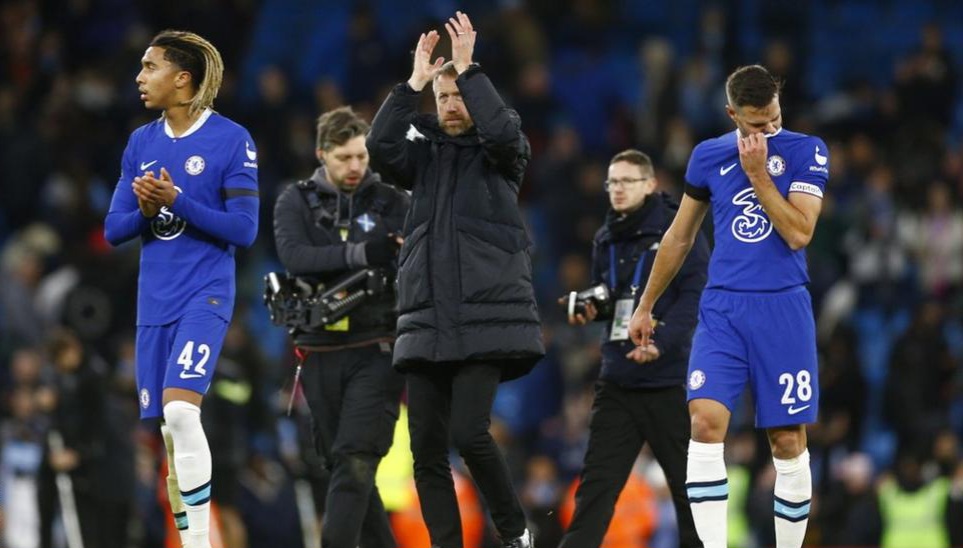 Manchester City secured a 4-0 victory over Chelsea in the third round of the English FA Cup at the Etihad Stadium on Sunday evening.

The victory is the second in four days as City had won over Chelsea at Stamford Bridge on Thursday.

It was a hard-fought victory at the Bridge, with Riyad Mahrez scoring the winner in the Premier League clash, but this was a stroll for the Pep Guardiola side.

A brace by Mahrez and a goal each by Julian Alvarez and Phil Foden helped send City to the fourth round of the FA Cup.

It is worthy of note that Chelsea fans gave their team a sympathetic reception at the end of Thursday’s narrow defeat but this was not the case after Sunday’s big defeat.

Elsewhere, Aston Villa were stunned 2-1 by Stevenage with late comeback.

The League Two side scored in the 88th and 90th minutes to complete an incredible comeback, cancelling the 33rd-minute opener by the hosts.

Fourth tier Stevenage will have a trip to Championship outfit Stoke City in the fourth round, which takes place from 27 to 30 January.

In other FA Cup third round games played on Sunday, Derby County defeated Barnsley 3-0, Cardiff played a 2-2 draw against Leeds for a replay, Bristol City and Swansea also played a 1-1 draw.

Norwich were beaten 1-0 by Blackburn, Stoke City thrashed Hartlepool 3-0, and Stockport were beaten 2-1 by Walsal.

Iwobi out for three weeks with ankle injury