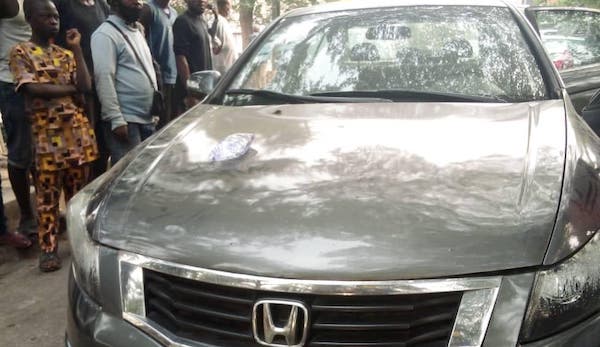 An unknown man died mysteriously in his car along the CMD Road in Magodo area of Lagos on Friday.

Eyewitness told journalists at the scene that the man who was in his 50s slumped in his Honda Accord car and died a few minutes later.

He said the incident occurred at about 6:30 p.m.

The LASEMA chief said: “The agency’s paramedic team responded to a distress call and upon arrival met a lone driver slumped behind the wheel.

“The man’s vital signs were checked, pulse was absent, after dilation, patient was confirmed dead already.

“The man’s relatives arrived at the scene a few minutes later and decided to take his remains to the nearest morgue.”