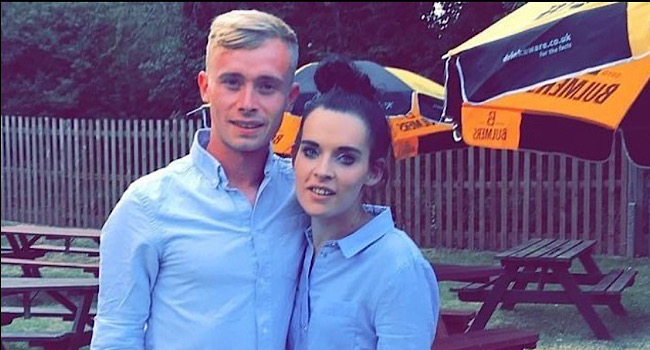 A Gloucestershire, England-based family has been thrown into confusion after a man named Ryan Shelton, ran off with his girlfriend’s mother, a day after welcoming a son with the girlfriend, Jess Alridge.

The family was living together so the mother, Georgina, could help take care of the two grandchildren Aldridge and Shelton had together, a daughter, also named Georgina, 1, and newborn son, Reuben.

The 24-year-old Alridge told the Daily Mail UK that she was shocked to find out that her boyfriend and baby daddy was having an affair with her own mother.

She said that Shelton ran off with her mom after she brought her newborn son home from the hospital.

“It’s the ultimate betrayal. You expect a new grandmother to fall in love with the baby, not the father,” Aldridge said.

“We were stuck together for months in the house during lockdown. It was so hard, especially as Ryan and mum were always being so flirty. I felt so uncomfortable, it was a horrible experience.”

Aldridge said her mom committed the ultimate betrayal by pursuing a relationship with her boyfriend in the moments leading up to and following the birth of their son.

Even though Georgina’s husband, Eric, was also in the house, Shelton, 29, and Georgina, 44, would spend nights in the kitchen together drinking Bacardi. Aldridge claims she once caught Shelton touching her mom’s butt, but tried to brush it off.

Aldridge claims she even confronted the pair although they denied anything was going on.

“It was disgusting. She would wear these short dresses and be all touchy-feely with him on the sofa,” she said.

That changed when Aldridge was admitted to the hospital to give birth to Reuben in January. While she was having a cesarean section, Shelton, a car-parts salesman, broke up with her through text, claiming he was sick of her accusing him of having an affair.

“Ryan had seen baby Reuben for only a few minutes after he was born and then 10 minutes the day afterwards as he was moving all his stuff. They were in such a rush. He had even had my mum waiting for him in the car packed in the car park.”

When Aldridge returned home with her new son, she realized Georgina, a nursing home worker, had also moved out. Although they continued to deny it, the couple finally confessed that they were living together.

“My mum told me she can’t help who she falls in love with, and Ryan told me the same thing. It was a huge kick in the teeth; they had been planning it throughout my whole pregnancy.

“She is meant to be a granny to my two children and helping me look after them, but instead, she’s off shagging my boyfriend. I’m heartbroken and I’ve lost everything, my mum and the father to my kids,” Alridge said.

Woman shot in the head during Myanmar protest dies