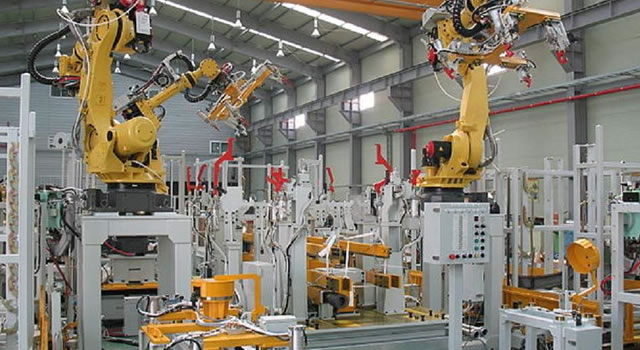 The Manufacturers Association of Nigeria, MAN, has lamented that the level of industrialization in the country is too low, contributing just 10 percent of the nation’s Gross Domestic Product, GDP.

The President of the association, Ahmed Mansur, stated this at the 12th Annual General Meeting of the Cross River/Akwa Ibom branch of the association, in Calabar on Friday, adding that the manufacturing sector of many states in the country do not contribute much to the Gross Domestic Product.

“I have no doubt you (Cross River and Akwa Ibom) both share our concern with the low level of industrialisation in our country, especially the manufacturing sector which currently contributes less than 10 per cent to the GDP.

“Given the wide differences in the level of development among states, it is clear that many states including your two state states can probably not boast of more than three per cent to five per cent of their GDP as the manufacturing sector’s contribution.

“This is indeed most undesirable considering the fact that the manufacturing sector is undoubtedly the bedrock of any thriving economy and the major provider of jobs and economic growth opportunity. I therefore urge you to create a more enabling environment for industries to be located in your respective states,” he said.

According to Mansur, government being the largest spender in the economy, could drive industrial development and growth by increasing its patronage of locally made products.

Speaking while presenting a lecture on the theme, ‘Patronage of Made In Nigeria Products: A sure Boost to Job Creation and Economic Growth’, the guest speaker, Simbi Wabote, noted that the revival of the manufacturing sector would curb insecurity across the country.

“The manufacturing sector must be vibrant for the economy to grow,” he said, adding that there was a “need for individual and corporate commitment to buy and utilise Nigerian-made products”, he said.