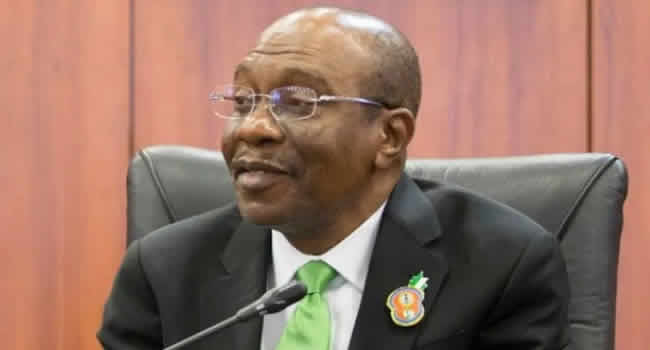 Industrialists and Manufacturers on Monday, March 8, said the Naira 4 Dollar Scheme, an initiative by the Central Bank of Nigeria to encourage diaspora remittances would help stabilize the forex situation of the country.

They made the assertion in separate interviews with the News Agency of Nigeria (NAN) on Monday in Lagos.

Ripples Nigeria had reported that the CBN in a circular dated March 5, 2021, directed all Deposit Money Banks and International Money Transfer Operators (IMTO) to henceforth pay recipients of diaspora remittances N5 for every USD1 received as remittance inflow.

Mr Segun Ajayi-Kadir, Director-General, Manufacturers Association of Nigeria (MAN) said the scheme was set against the backdrop of the forex squeeze aggravated by the fall in oil prices and the COVID-19 pandemic since the first quarter of 2020.

Ajayi-Kadir said the measure suggested that the CBN was taking a closer look at the nation’s foreign exchange supply by incentivizing it through diaspora dollar remittances to ramp up supply and help stabilize the forex situation of the country.

“In the face of it, the scheme should encourage Nigerians working abroad to remit more into Nigeria and thereby improve the forex inflow.
READ ALSO: ICYMI: What should Nigeria expect from CBN Naira 4 Dollar Scheme? Bangladesh, Pakistan give clues

“However, we need to dimension the inflows which have historically been 70 per cent for family support and 30 per cent for other purposes, including real estate which carries the greater part.

“In order to yield more of the anticipated inflow for investment in productive activities, the CBN would have to work with the banks and other relevant government agencies to initiate portfolios and measures to point the remitters in that direction,” he said.

Ajayi-Kadir also pointed out the need to clarify where domestic foreign exchange-earners stood within the context of the scheme.

“For instance, could a manufacturer who exports his product and repatriates his dollar profit get his money in dollars and also benefit from the Dollar 4 Naira Scheme?

“This way, you can guarantee almost a 100 per cent re-investment in production and reap all the attendant benefits and even partly make-up for the losses incurred as a result of the chequered implementation of the Export Expansion Grant (EEG).“The average manufacturer who is confronted with a lot of infrastructure and macroeconomic challenges is eminently qualified, if not more qualified, to benefit from such a scheme,” he said.

Also, Dr Muda Yusuf, Director-General, Lagos Chamber of Commerce and Industry (LCCI) said the CBN deserved to be commended for this policy.

Yusuf, lauding the move, said it would encourage forex inflows and ease the current liquidity challenges in the forex market.

He, however, urged the CBN to go further by allowing exporters unfettered access to their export proceeds, whether in foreign exchange or Naira.

“This will surely have a positive impact on inflows and ultimately on the exchange rate.

“The current practice of imposing the Nigerian Autonomous Foreign Exchange Fixing (NAFEX) rate on export proceeds should be discontinued in the spirit of the current move to incentivize forex inflows.

“A combination of these supply-side strategies would have a remarkable impact on foreign reserves,  forex liquidity, and the naira exchange rate,” he said.

Police launches manhunt for criminals who attacked commuters in Osun