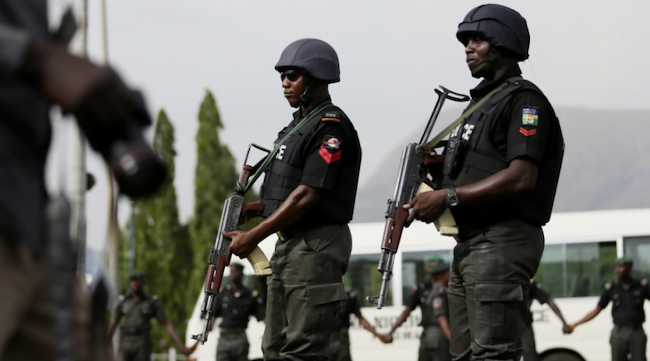 A 57-year-old Commercial driver, Alfa Muhammed has been arrested by the Adamawa State Police Command for allegedly stabbing his 40-year-old estranged wife to death.

The suspect, a resident of Lande B village, in the Gombi Local Government Area of Adamawa State, reportedly had a disagreement with his wife, Hamsatu, which led to their separation, with the wife relocating to a house close to their residence.

According to reports, while trying to make her new apartment comfortable, she removed a zinc door of their former house to put in her new abode.

Angered by Hamsatu’s action, the suspect allegedly used a knife to stab her in the neck leading to her becoming unconscious and was rushed to a hospital where she was confirmed dead.

Alfa Muhammed was apprehended by policemen from the Gombi divisional headquarters following a complaint filed by the village head of Lande, Babangida Boka.

According to the police, the suspect and the deceased had eight children together before the incident.

The spokesman for the Adamawa State Police Command, DSP Suleiman Nguroje, who confirmed the incident in a statement, said the Commissioner of Police, Mohammed Barde, had ordered investigations into it.