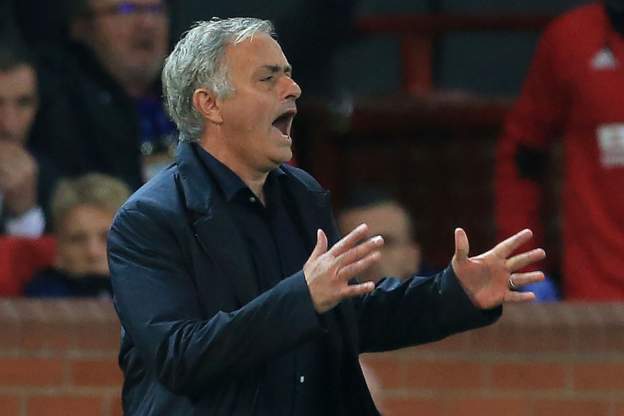 English Premier League club Manchester United were held to a goalless draw by Spanish side Valencia in a Champions league match at Old Trafford on Tuesday.

The draw piles up more pressure on coach Jose Mourinho, who has gone three games without a win, including a defeat to Championship club Derby County in the Carabao Cup.

The Red Devils now sit on second spot in Group H, behind Juventus who saw off Young Boys 3-0 in the group’s other match earlier on Tuesday.

In Group E, German champions Bayern Munich were held to a 1-1 draw at home by Dutch giants Ajax, who sit on top of the table, having won their first match 3-0 against AEK Athens.

AEK also fell 2-3 at home against Benfica Lisbon on Tuesday, to stay at the bottom of the table.

Defending champions, Real Madrid also sinked to second spot in Group G after falling to a 1-0 defeat away to CSKA Moscow.

CSKA had drawn goalless in their opening game against Viktoria Plzen, and now stay top of the group table with the win over Real.

In the group’s other match, Serie A giants, AS Roma thrashed Viktoria 5-0, to bounce back from their 2-0 defeat at the Bernabeu.

Olympique Lyon drew 2-2 against visiting Shakhtar Donetsk, while Manchester City had beaten Hoffenheim 2-1 in the group’s other game earlier on Tuesday.