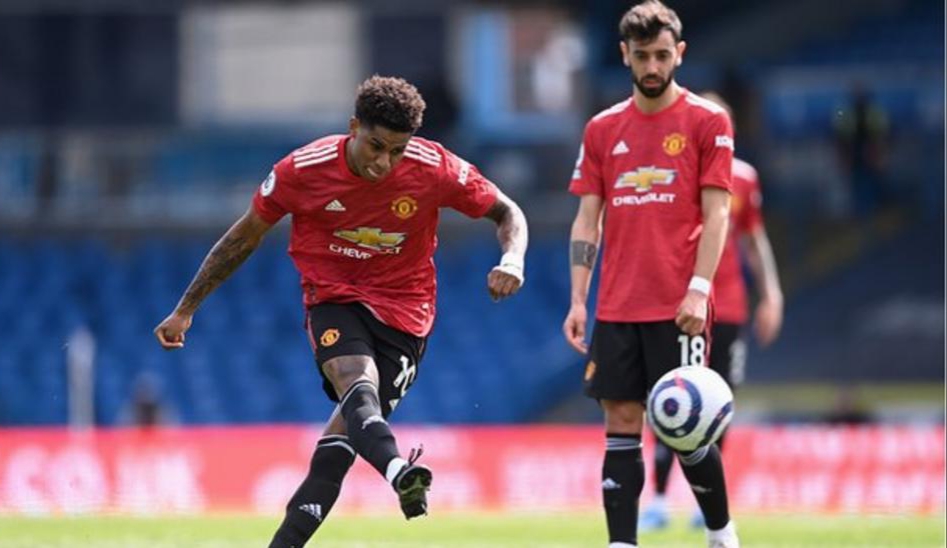 Manchester United were held to a disappointing goalless draw by stubborn Leeds United in a Premier League clash on Sunday.

The game was of very few chances, with the best chance being a freekick by Marcus Rashford.

The point takes the Ole Gunner Solskjaer team to 67 points, 10 points behind leaders Manchester City at the summit of the table.

City will be crowned champions next weekend if the Pep Guardiola side beat Crystal Palace on Saturday and the Red Devils lose at Liverpool on Sunday.

In another Premier League game played earlier between Wolverhampton Wanderers and Burnley, the latter came out winners.

Wolves were thrashed 4-0 by their visitors, who are fighting hard to avoid relegation this season.

A first-half Chris Wood hat-trick saw Burnley thrash a lifeless Wolves at Molineux, who put up an awful display.

Ashley Westwood’s late fourth sealed the rout as the Sean Dyche side are now nine points clear of Fulham and the relegation zone with 15 to play for.