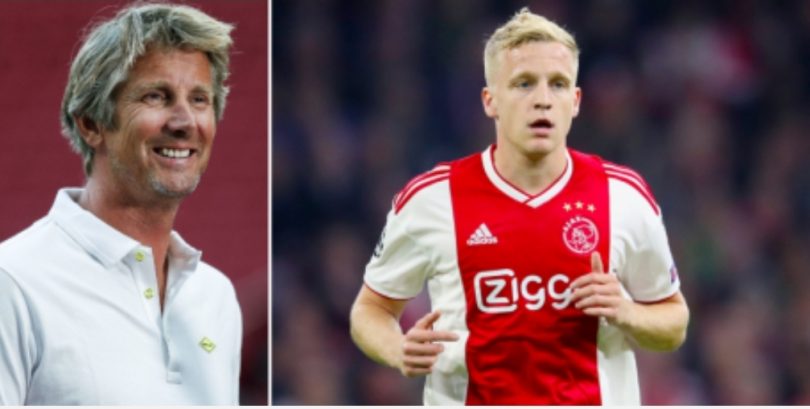 Manchester United legendary goalkeeper, Edwin Van dar Sar has written to fans of the Premier League side to support his compatriot, Donny Van de Beek, who was recently signed by the club.

The 23-year-old precious product of Ajax youth system completed his move to Manchester United on Wednesday after signing a five-year contract.

Van der Sar currently serves as the CEO of Ajax, and he pens the emotional letter as he sees the talented midfielder leave Ajax.

“It seems our paths have crossed again. One of ours is joining you this season. And like so many players before him, he’s been with us since he was just a little boy,” reads a letter he tweeted.

“Like you, we pride ourselves on being one of the best at developing talent and giving young players a shot at the highest level. You could say your new star is an embodiment of that pride.

“That’s one of the many reasons we don’t like to see him leave, but we understand it’s time for him to move on. To dream on,” the ex-goalie added.

During his illustrious playing career, van der Sar, 49, was a UEFA Champions League winner with both Ajax and Manchester United.

Meanwhile, United have confirmed Van de Beek will wear the number 34 shirt in tribute to his former Ajax team-mate Abdelhak Nouri, who suffered brain damage after a heart attack during a pre-season friendly game in 2017.