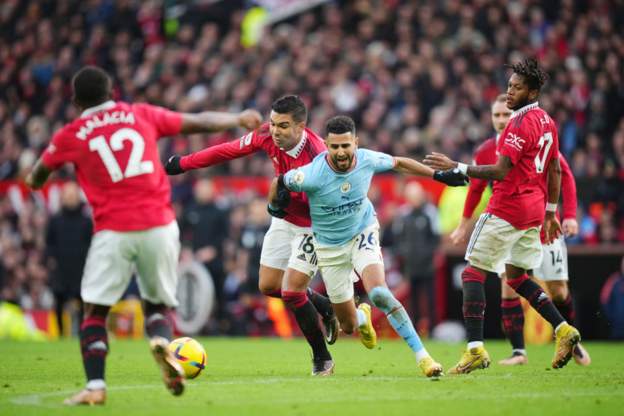 Manchester United came from behind to beat city rivals Manchester City in a thrilling Premier League clash at Old Trafford on Saturday afternoon.

The Red Devils, who have been in good form lately, fought back from a goal down on the hour mark to win 2-1.

Jack Grealish opened the scoring with a fine header before Bruno Fernandes leveled for the hosts, and Marcus Rashford scored the winner eight minutes to time.

Fernandes’s goal was contested by City as the referee approved of the effort despite the presence of Rashford in an offside position.

City’s protests that he had interfered with play was ignored despite the flag going up.

With the defeat, City failed to reduce the gap on Premier League leaders Arsenal, who remain five points clear; while victory moves United to within one point of City.