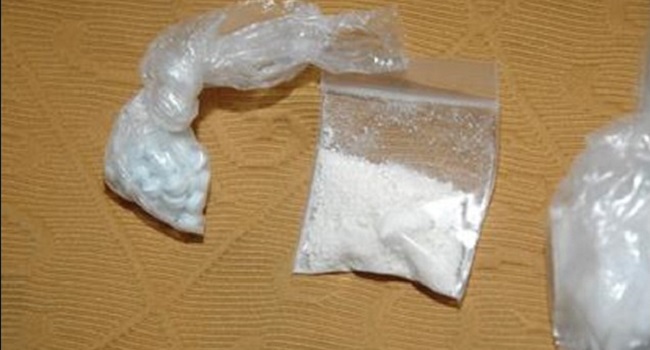 The Kano State command of the National Drug Law Enforcement Agency (NDLEA) on Wednesday confirmed the arrest of a 50-year old man for allegedly smuggling 77 wraps of Cocaine weighing one kilogram.

According to the spokesman of the agency, Mr. Jonah Achema, the man identified as Adam Abubakar Muhammed had ingested the substance but was intercepted while attempting to board an airline en route Sudan.

The man who had reportedly boasted of his native charm was said to have initially beaten the x-ray machine which returned a negative result.

He explained that the suspect who hails from Maiduguri, Borno state, had boasted in his charms only to be detected by the NDLEA screening facility at the Mallam Aminu Kano International Airport (MAKIA).

“Muhammad had initially tested negative when he was X-rayed, only for him to start excreting the illicit substance when he was kept under observation based on reliable intelligence,” he said.