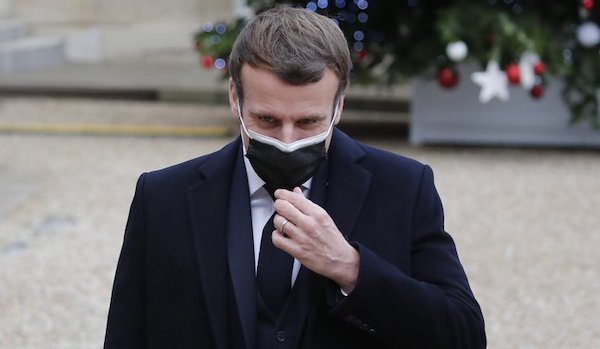 The man who slapped France President Emmanuel Macron during a walkabout, has been identified as 28-year-old Damien Tarel, who has secret ties with extremist groups as he is reported to subscribe to several far-right YouTube channels.

A police report on Wednesday said though Tarel had no previous criminal record, it has been discovered that he has sympathy for extremist activities.

“The suspect remains under investigation in police custody and is expected to be charged with assaulting a public figure, which carries a maximum three-year prison term and a 45,000-euro (nearly $55,000) fine,” the report said.

Macron, who has been on a tour to take the pulse of the country after the pandemic and less than a year before the next presidential election, was struck in the face by the suspect on Tuesday, with a video of the incident going viral shortly after.

Tarel, dressed in a khaki T-shirt, could be seen slapping Macron, then shouting “Down with Macronia” and “Montjoie, Saint-Denis”, the battle cry of the French army when the country was a monarchy.

Reacting to the attack, Macron, in a short statement, said he had not feared for his safety, and continued shaking hands with members of the public after he was struck.

In an interview with the Dauphine Libere newspaper after being slapped, Macron called the incident an “isolated event” and one of “stupidity”.

“You cannot have violence, or hate, either in speech or actions. Otherwise, it’s democracy itself that is threatened,” he said.