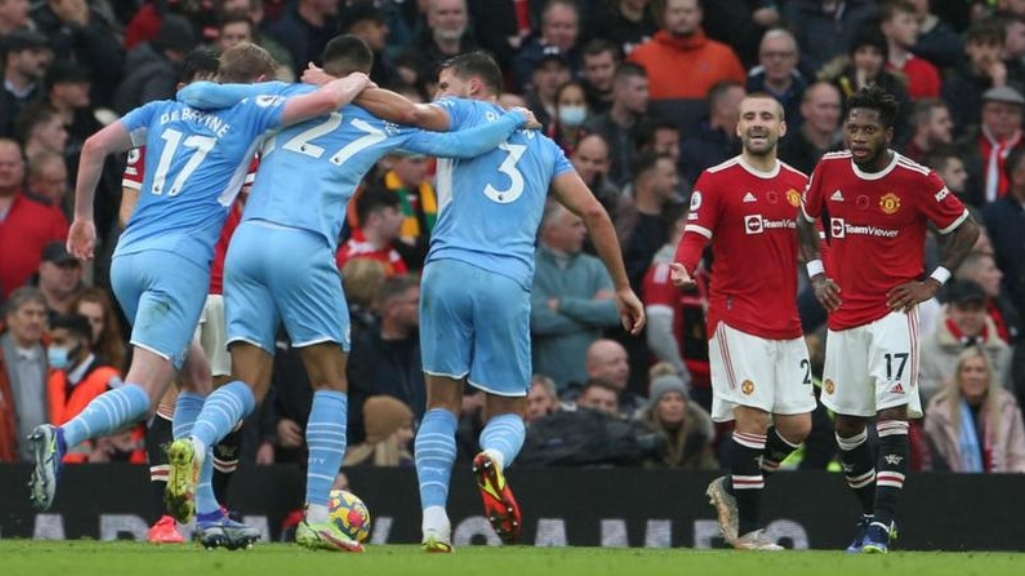 Manchester derby ended in favour of the blue side of the city as Manchester City defeated Manchester United 2-0 in a Premier League encounter on Saturday.

The game played at the Old Trafford saw the hosts trail as early as seven minutes when defender Eric Bailly diverted the ball into his net.

The Ole Gunnar Solskjaer side went further behind at the stroke of halftime when Bernardo Silva bundled in a second goal for the dominant visitors.

If not for series of saves from United goalkeeper David de Gea, the Pep Guardiola side’s winning margin could have been even greater.

The result sees City move up to second in the Premier League table and cut the gap on leaders Chelsea, who are to face Burnley later on Saturday.

Saturday’s home loss was United’s fourth defeat in six top-flight matches and a second consecutive loss at home to one of their greatest rivals.

The pressure on manager Solskjaer is increasing, as fans were seen leaving the Stadium even before the final whistle.

Xavi returns to Barca as manager after signing contract until 2024