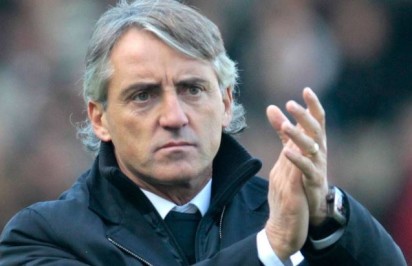 Roberto Mancini has been named as the new manager of the Italian national team after the 53-year old parted ways with Russian Premier League side Zenit St-Petersburg over the weekend.

The former Manchester City boss has agreed a two-year deal – a contract that will see him up until the end of the European Championships in 2020.

He succeeded Gian Piero Ventura, who was sacked after Italy’s failure to reach the FIFA 2018 World Cup.

“The Federazione Italiana Giuoco Calcio announces that it has concluded an agreement with Roberto Mancini, who will hold the position of CT of the national team and will be presented tomorrow, Tuesday, May 15, at 12.00 at the Federal Technical Center at Coverciano,” a statement by the Italian Football Federation reads.

It will be a first role in international management for Mancini, who has left Russian club Zenit St Petersburg to take up the post.

He led Manchester City to their first title in 44 years in 2012, and since leaving Etihad Stadium in 2013, Mancini has managed Galatasaray and Inter Milan before joining Zenit in June of 2017.

He agreed a mutual termination of his contract with the Russian club on Sunday and will now manage his country, for whom he played 36 times.

Italy are missing in the World Cup for the first time in 60 years.