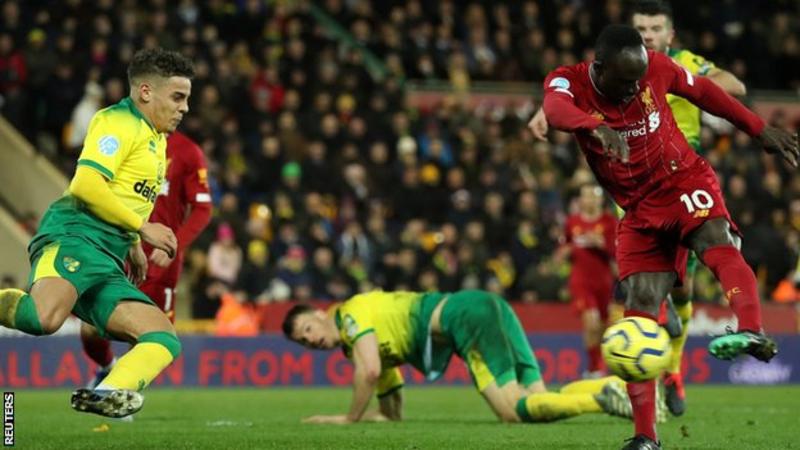 Senegal forward, Sadio Mane scored the only goal of the game between Liverpool and Norwich in the Premier League on Saturday.

The goal which came in the 78th minute saw the league leaders go 25 points clear at the top of the table.

Hosts Norwich proved a little stubborn to the Reds for over 70 minutes before Mane, who came in as a substitute on the hour make, sealed victory for the visitors.

Liverpool have not lost any game since the start of the league season, and have dropped only two points – a draw against Manchester United.

Liverpool’s unstoppable charge towards their first top-flight title in 30 years will continue when they face West Ham at Anfield upper Monday.