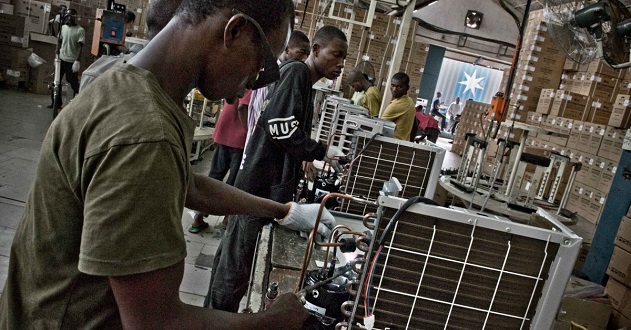 The Manufacturers Association of Nigeria (MAN) has begun to count their losses, on a daily basis, over the indefinite closure of borders by the Federal Government.

According to Ede Dafinone, MAN Export Promotion Group’s (MANEG) chairman, the border closure is currently causing many companies significant losses and many businesses are about to collapse.

He said companies rely on the West African market for additional sales to make profits, while some manufacture locally in Nigeria for export, but have had their warehouses filled with unsold inventory.

“There are companies in all sorts of dire problems. Some companies that manufacture here have 100 per cent of their products meant for exports. How are they going to survive two months of border closure? They will make significant losses and the business would collapse. They will still pay interest on loans, pay their staff for this period when they are not selling anything.

“The best alternative means is the sea link that has been mentioned over the years, but that ship going across the coast is yet to be launched and we are waiting for that as an alternative, but even at that it is still expensive, but going forward, it is the only alternative.” – Dafinone

President Muhammadu Buhari had ordered the partial closure of borders to check smuggling activities in August 2019 alongside his Benin counterpart, Patrice Talon, at the sidelines of the seventh Tokyo International Conference for African Development (TICAD7), in Yokohama, Japan.

His decision came barely a month after he signed the African Continental Free Trade Agreement (AfCFTA) that will see Africa as the largest free trade area since the United Nation was created.