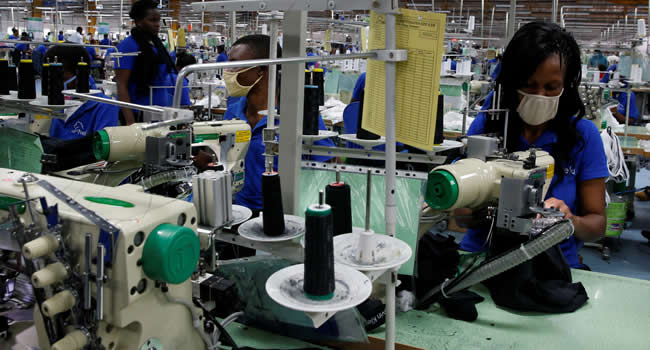 The Manufacturing Association of Nigeria (MAN) has revealed that its members in the country spent a total of N71.22 billion on buying diesel for alternative power in 2021.

President of MAN, Engr. Mansur Ahmed who disclosed this on Thursday in Lagos, however, noted that the cost of providing alternative power was still very high.

He said, “Our survey showed that the average daily supply of electricity has been stable at 11 hours and power outage, three times per day respectively, however, the N71.22 billion is on the high side.”

“In summary, it caused the loss in production and ate into the bottom line,” he stated.

Furthermore, Ahmed in MAN’s review of the economy in 2021 noted that manufacturers’ huge expenditure on alternative energy source constitutes between 30 and 40 per cent of their cost structure.”

“Between July and December, 2021 in the sector, expenditure on alternative energy source dipped to N45.04 billion from N57.75 billion recorded in the corresponding half of 2020. The drop indicates N12.71 billion or 22.0 per cent decline over the period.

Ahmed also stated that data collected in the survey of this report shows that electricity supply from the national grid showed increased improvement in the second half of 2021.

On the alternative energy source implications, the industrialist said, “Since the average Nigerian’s disposable income has been depleted, we can only expect that the resulting higher prices of goods will further constrain purchases and aggravate the poverty level.

“The solution is rather complex since we are dealing with a deregulated industry. In the short term, we can only look at how to get more favourable prices from the marketers; seek to remove other costs that are in the country such as value added tax on AGO.

He said the sector will work with the government to reduce the pressure and other pain points experienced by the manufacturers.

In the second half of 2021, the average cost of borrowing in the sector from the commercial banks was 24.0 per cent as against 22 per cent of the corresponding half in 2020 and 19 per cent of the preceding half.

Consequently, cost of loanable funds maintained a key challenge to the manufacturing in the half year under review notwithstanding the monetary easing stance of the Central Bank of Nigeria as underscored by the retention of Monetary Policy Rate MPR at 11.5 per cent with the asymmetric corridor at +100/-700 around MPR; Credit Reserve Ratio (CRR) at 27.5 per cent and Liquidity Ratio at 30 per cent since November 2020.

The president said that manufacturing sector production output increased to N3.73 trillion in second half of 2021 from N2.36 trillion recorded in the corresponding half of 2020, indicating N1.37 trillion or 58.1 per cent increase over the period.

He stressed: “The increase in the manufacturing production value in second half of 2021 is associated with the increased cement production due to the new BUA cement factory in Sokoto; the African Glass new factory that produces glass products; and activities of the five new papermills established that recycles waste paper into carton.

This is also highlighted by the increased production value in the Non-Metallic Mineral products sector (cement and glass are sub-sectors of Non-metallic) increased to N374.41 billion in the second half of 2021 from N74.18 billion and N249.79 billion recorded in the corresponding half in 2020 and the preceding half respectively.”

Otedola becomes First Bank’s only above 5% shareholder, Hassan-Odukale drops out