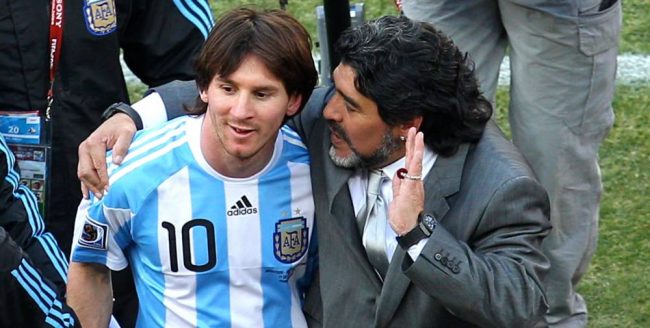 Argentinian football legend, Diego Maradona is of the opinion that it is time for his compatriot, Lionel Messi, to call it quits with the national team.

The Barcelona forward failed to go past the round of 16 of the Russia 2018 World Cup, and he was heavily criticised in his home country.

He has since not featured for the Albiceleste, missing the friendlies with Guatemala and Colombia in September.

“What would I tell Messi? To not come back any more. To retire,” Maradona told Clarin as quoted by CSN.

“The under-15s lose and it’s Messi’s fault. The fixture in Argentina puts Racing against Boca and Messi is to blame. It’s always his fault. Stop breaking my balls.

“I would have liked to see him tell us all to f*** off because he’s not to blame for us not being world champions.”

Messi will miss the upcoming fixtures with Iraq and Brazil also, but new coach Lionel Scaloni continues to keep the No.10 shirt free.