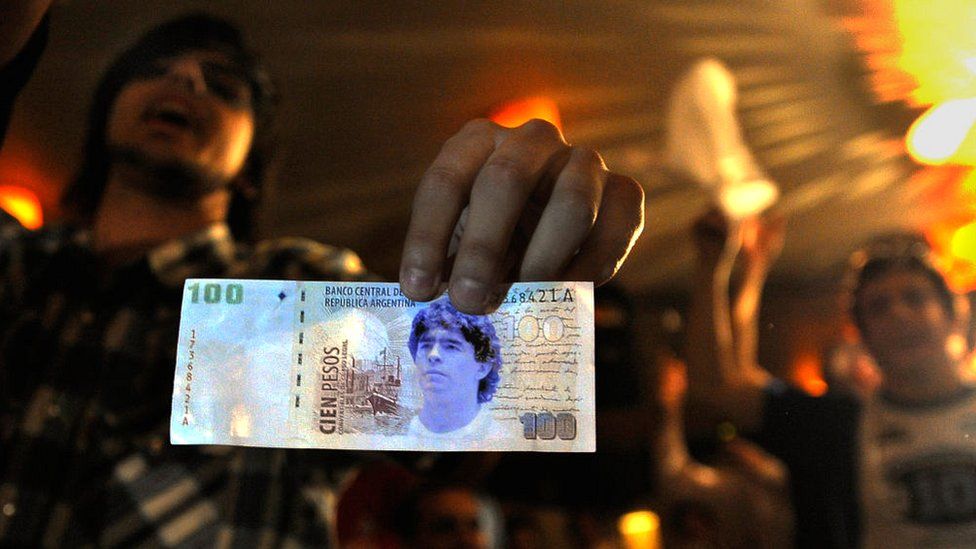 Late Argentina football legend, Diego Maradona might have his image put on new banknotes in the country following a proposal by a senator.

Maradona, who led Argentina to the 1986 World Cup title, died two weeks ago at the age of 60, with tributes since pouring from around the world.

The former Napoli star, whose name has been immortalized by the club as their homes ground had been renamed in honour of the legend, is set to also appear on banknotes in his country.

The bill was proposed by Senator Norma Durango, who presented same to Congress on Monday.

The proposal was for the late player’s face to get on the 1,000-peso note, with his face on one side of the note and a picture of one of his most famous goals on the other.

The bill suggests the notes should “carry the effigy of Diego Armando Maradona on one side and the moment of the second goal against England, scored in Mexico, on 22 June 1986, on the other”, newspaper La Nación reports.

The senator also suggested putting his image on commemorative stamps.

“The idea is not just to recognise our most important idol, but also to think of the economic question,” Ms Durango said.

“We feel that when tourists come here they will want to take a ‘Maradona’ away with them.”

The 1986 World Cup winner was captain when Argentina won the tournament, scoring the second famous “Hand of God” goal against England in the quarter-finals.

Ms Durango said the final decision would be made by lawmakers, who are expected to hear her proposal early next year.

Related Topics:argentinaDiego Maradona
Up Next