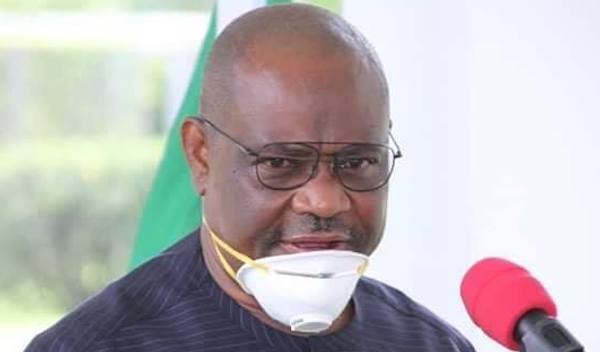 The Maritime Workers Union of Nigeria (MWUN) has vowed to carry out its proposed strike action in the southern part of Nigeria over the detention of Port workers by Governor Nyesom Wike.

The union had on Saturday claimed that the Rivers State Governor, Wike ordered for the arrest and detention of over 20 port workers.

The union had vowed to shutdown port facilities in the southern part of the country should the arrested port workers remain in custody beyond midnight of Tuesday, May 12.

In a statement by its President General, Comrade Adewale Adeyanju the union said that its plan to execute the strike action had been concluded.

It said it was now waiting for Wike to either free the detained dockworkers or have port operations across the region stopped.

Adeyanju regretted that despite all entreaties to the governor’s Task Force on COVID-19 lockdown, the Rivers State government had refused to release the dockworkers.

“We were informed that the affected dockworkers were returning from essential service operations to BUA/PTOL terminal, Port Harcourt and were unlawfully and forcefully arrested, and detained by Rivers State Taskforce on enforcing COVID-19 lockdown.

“All entreaties/explanation made by our members to the task force team led by Governor Wike, that they were on essential services fell on deaf ears although they presented duly signed ‘Essential Duty Port Pass’ issued by the Nigerian Ports Authority, NPA. Instead, the governor mocked them that they should go to Abuja and work.

“This has direct implication to the nation’s economy and is a clear threat to the employment and job security of port workers including dockworkers and shipping companies’ employees. As a direct consequences of Governor Wike’s action, some terminal operators have closed down their operations till further notice leading to loss of jobs by Nigerians and dock workers.

“It will be recalled that the President Muhammadu Buhari, in his first address to the nation on COVID-19 pandemic and the subsequent lockdown of some states specifically directed that the ports should remain open to operation for essential services/duty.

“We wish to appreciate all port operators and our members for coming out at this critical time to work and keep our nation’s economy flying. We also wish to commend the president and commander-in-chief of the armed forces for keeping forth with the Nigerian people at this most auspicious of times. This is because the port is the gateway to the nation’s economy and its closure may adversely affect revenue accruable to the Federal Government from the sector and spell doom to our ailing economy especially in the face of dwindling world crude oil price.

“We wish to draw the attention of the governor to the fact that port operations is placed on the exclusive list in the constitution and is, therefore, under the direct management of the Federal Government through the Ministry of Transport and its agency – Nigerian Ports Authority.

“We also wish to draw the attention of the public to the fact that littoral states like Lagos, Delta, Bayelsa, Akwa Ibom, Cross River, etc, all allow maritime operations without the harassment of workers whose services are essential to the functions of the nation’s economy.

“The action of Governor Wike is at variance with the intention of the Federal Government on job creation because if the ports are not operational it will definitely affect the operations of oil platforms and other maritime-related operations and consequently, induce many job losses. This we must not allow to thrive.

“Already, there is restiveness in the entire ports across the country and this appeal to release the arrested workers is to douse the rising tension in the ports which could snowball into full-scale industrial unrest if not quickly apprehended now,” Adeyanju said.