Home » Politics » ‘Mark my words, I will not only beat APC, I will beat them flat’– Agbaje 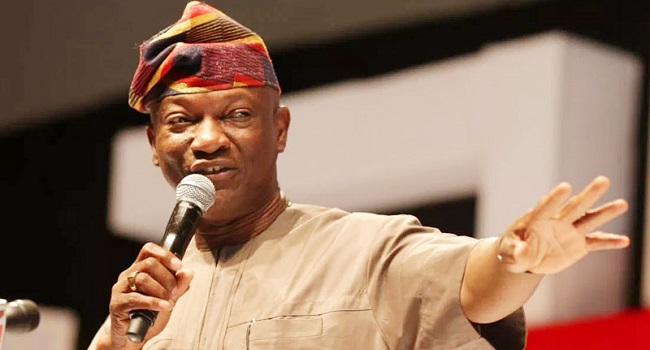 Agbaje said this while addressing his supporters at the formal declaration of his ambition in Lagos.

He said 2019 would be a year of victory for him, after two failed attempts.

Agbaje promised to shock the APC and its candidate in the election.

“The support we were given in 2015 is still there, intact. We will expand on it in 2019. I am in the race because I am passionate about Lagos.

“I hear them calling me their customer because of my past attempts, but I tell them, the customer is king. By next year, we shall know the results. But I can assure you once again that I will beat them flat,” he said.

The governorship candidate said the APC had failed the state in all the ramifications, calling on residents to vote out the party for lack of progress.

He said he had the capacity, the experience and sincerity to deliver the Lagos of everybody’s dream, if elected.

Agbaje said he had a robust plan to provide jobs for the teeming youths, who in turn would drive the prosperity of the state.

He added that he would improve security in all parts of the state to safeguard lives and properties.

Agbaje said the problem of gridlock was becoming unbearable, promising to implement actions to ease movement of vehicles and pedestrians.